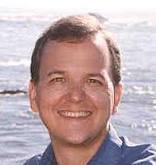 Dr. Thiel, who has an earned PhD and claims a further ThD from a dubious source in India, has operated the cogwriter.com site for many years.  Until a few days ago he was still technically a member of Roderick C. Meredith's splinter group, the Living Church of God.

In a post dated December 28 Thiel announced that he had incorporated as the Continuing Church of God, choosing the all-important acronym CCOG.

Dr. Thiel has had strained relations with Meredith's LCG since he published material on the Mayan calendar and President Obama which contained controversial, some might say ludicrous, statements.  In September LCG moved to distance itself from any fallout.

Dr. Thiel has been one of the most widely read sources of online information about developments in the Armstrong diaspora, but has never been ordained as a minister.  How he can now operate in this capacity, claiming authority to collect tithes from any followers who leave with him, is not yet clear.

I've corresponded with Bob several times over content on my former blog Ambassador Watch.  I can't say I wish him well in his new venture; in fact I fervently pray it will crash and burn without delay.  But I do wish him well, and his family.  Family members are invariably caught up in this kind of madness through no real choice of their own.

The Continuing Church of God may indeed continue for a while, but it's doubtful this particular sprat will pose any significant challenge to the sharks it desires to compete with.
Posted by Gavin R at 08:08