The chaff flies in Livermore 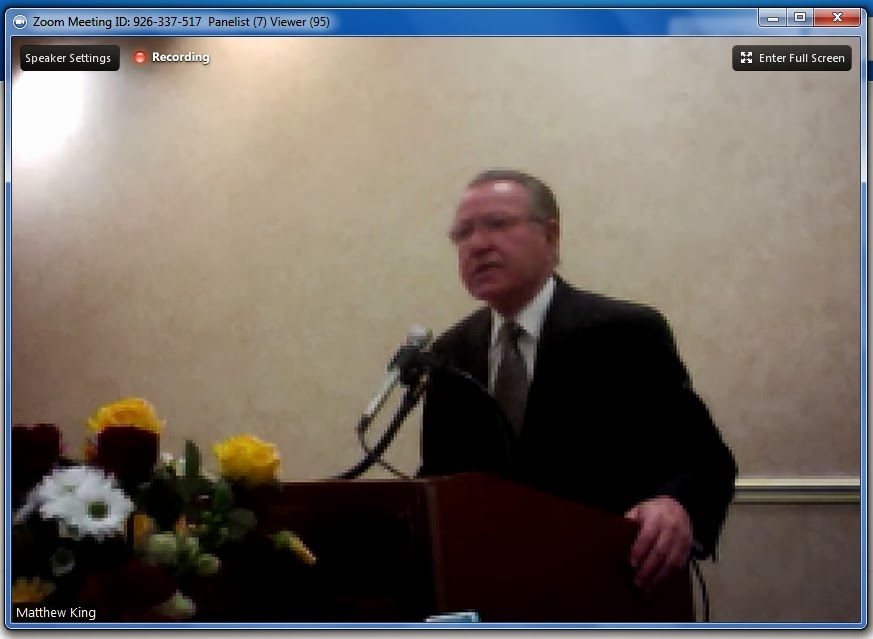 Things got off to a shaky start for the BIsectual Church of God as it attempted to use ZOOM software to broadcast it's very important inaugural service live on the Internet. The sight of dark-suited old fellows looking puzzled. The sound of an un-muted dog yowling and some woman yelling "shut up" at someone in the background (hopefully not at her lord and husband!), pictures appearing sporadically on screen and then, the whole show closed down before it even began. Oh bother!

You'd think they'd have a teenager, or at least someone under 65, on hand to show them what to do, but alas not. They attempted to reboot the software and try again. Services were now twenty minutes behind schedule and counting. Perhaps David Hulme (PhD) had been praying mightily on this matter throughout the small hours of the night, and the Lord had indeed heard him.

"Is anyone there, hello?" A woman's voice (the "shut up" lady?) from the un-muted, unconnected virtual pews. "Hello?" No response. Twenty-five minutes in and still counting. Then ta-da, suddenly there we were at the end of the second hymn, with the chaff being "driven to and fro".

The number of brethren physically present in the room must have been few in number, judging from the singing, but we did now have both pictures and sound. Once again I was led to wonder about the technique song leaders in the COGs use in flapping their arms around.

The opening prayer called on God to help out with the media troubles. Apparently He was off duty up to that point. Ninety people were connected from afar as the sermonette began, the inspiring topic: what would you ask God if you could ask Him one question directly? I didn't get the name of the presenter, but he was clearly someone's grandpa. Just as we were getting a tribute to one of Herb Armstrong's books (I think it was The Incredible Human Potential) the sound went down. Another prayer answered?

The outage was temporary, and the sermonette continued, the bottom line being "we have the answers, keep calm and carry on."

Another hymn. In Thy Loving Kindness Lord. These song leaders really need to turn off their mics once the hymn begins.

Straight into the sermon. Orchard is no great shakes as a speaker, with a plodding, deliberate style. Lot's of proof-texting and page turning are required of those present before getting to any particular point, but it seemed it would be something on just rulership. Were Il Duce's ears already burning? If you don't know how a COG sermon works, the ground has to be laid in mind-numbing detail by dragging in as many isolated Bible verses as humanly possible.

It has now been an hour since the feed from the Hilton Garden Inn finally came through, so there's still a long way to go. Let's not kid ourselves, the reason everyone is listening to Brian is to hear the "big news", and the man will not be rushed. He's all over the place at the moment, and obviously doesn't have any idea what the word 'concise' means. At least those on ZOOM can take a break for coffee or a chocolate fix. There are now 93 on the feed.

One hour ten minutes in from the flying chaff and Brian seems to be getting to the point again. Organisation, governance. Hierarchical structure, submitting to one another. The example of marriage. Satan. "The husband is the connector between Christ and his wife."

More diving off on tangents with not-so relevant texts turned up and read aloud. Small ZOOM dip to 90, at least some of whom must still be awake.

One and a half hours and Brian is still beating around the bush (and I'm considering a second coffee). Oh wait, he's starting to quote Mystery of the Ages. Yup, definitely another coffee.

"We have an enormous challenge in front of us." Brian feels a bit like Winston Churchill. God-family governance - a work in progress. They've been more authoritarian than shepherding. There's delegated authority. Hmm. Brian sounds a tad confused. More Bible quotes.

Hard yards. Hand to the plough. It's going to take a while (I think that means the ministers can't agree yet!) A mother-in-law joke. "There's a lot of work to be done."

Oh surely that's not it. No big announcement? Not even a new name? Classic fail. Closing hymn: I'll Sing of Mercy and not Justice. Only 84 endured unto the end - the closing prayer - on ZOOM.

It seems the departing BIsectual ministers are having trouble squeezing their oversize egos into a coherent programme. Could the shiny new vehicle have stalled at ignition. Oh dear, oh dear...
Posted by Gavin R at 10:21