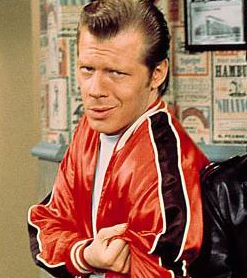 According to a posting on Gary Leonard's blog, the Living Church of God (LCG) has a new heir apparent, and it's no longer Rod Meredith's brother-in-law Richard Ames.

In what seems to be a scoop that beats LCG's ponderous PR machine to the punch, Gary reveals the new anointed one as Gerald Weston.

Ames, it seems, is suffering health problems and Meredith, himself weighed down with the infirmities of age, has felt the need to designate a new successor. If you were expecting the elevation of Jim Meredith or one of the second-stringers on the Tomorrow's World telecast you'd be disappointed. The Weston decision was rubber stamped at a recent meeting of LCG's Council of Elders and the dauphin is reportedly now in the process of relocating to the sect HQ in Charlotte, NC.

A shudder should be running up the collective LCG spine. Weston is, according to Gary, well known as a conservative hardliner in a church that is already somewhat to the right of Attila the Hun.

If Weston ascends to the Throne of Roderick what can we expect?

First, every new broom sweeps clean. While heavily emphasizing continuity, you can be sure that Gerry the Unready will want to make his mark swiftly. Already the soon to be announced dauphin will have his little list conveniently tucked into a jacket pocket. Those who are offside with the boss-in-waiting should be afraid, very afraid.

Second, LCG has a surfeit - a veritable glut - of ministers with an abundant sense of self entitlement, many of whom will consider themselves far more suitable for the task. Weston will not ascend to the pontificate without cost. Initially things may seem fine on the surface, but the currents of ambition run deep in hierarchical organizations as we've seen demonstrated again and again. Expect a blood-letting without months, perhaps weeks of the transition (and you couldn't entirely rule out days and hours).

There are even suggestions that Weston may be enthroned before Meredith shucks off this mortal coil, leaving the fomer Presiding Evangelist in an emeritus role. In Rome they locked away Benedict so he couldn't interfere in his successor's pontificate. Somehow, given Meredith's personality and history, this doesn't seem even remotely likely.

Finally, how will we cope with two COG prima donna leaders named Gerald? Gerry Weston or Gerry Flurry? What is clearly needed is a respectful and affectionate pet name for the new dauphin. In the comments section of Gary's blog there are a couple of possibilities. I admit that I had to google "Snidely Whiplash" to appreciate the reference - thanks for that image Douglas. Perhaps more telling is this recollection from Byker Bob.


During the years that I was at AC, Gerald Weston worked as a student custodian. He had a diminutive sidekick, and they had the type of friendship where they joked back and forth and had their own special sayings as they went through their work hours doing their jobs.

Years later, when LaVerne and Shirley became a popular TV program, the first time I saw Lenny and Squiggy, I immediately thought of Gerald. Lenny looked very much like him. Of course, the similarity in appearance, and the jovial nature were where the comparison ended. Gerald seemed to be fairly intelligent, and was serious about his studies. The stuff that has happened over the decades within the Armstrong movement has been so surreal, that there is no way any of us back then could have mentally fast-forwarded the tape and anticipated the current state of affairs.

Mind you, there's many a slip between the announcement of an heir and the actual placement of the crown on their sacred bonce. But isn't it nice to know that the soap opera, with a longevity greater than The Simpsons, still hasn't completely played itself out? Fun times ahead!

(In 2013 I posted on the problems of Meredith's departure in a piece called The Irreplaceable Mr Meredith. Whether those comments need revision remains to be seen.)