This is the first in a series on obscure Bible translations. I've restricted the candidates to those I've been able to personally acquire and examine. 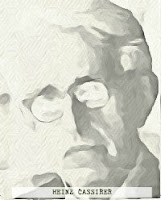 Heinz Cassirer was the son of a famous German philosopher. But Heinz was no slouch himself, a Cambridge University lecturer (later Glasgow University) and like his father Ernst an authority on Immanuel Kant. Raised a secular Jew, he embraced Anglican Christianity after studying the letters of Paul. His obsessive interest in the New Testament resulted in a translation which was published posthumously in 1989 and was endorsed by both F. F. Bruce and Thomas F. Torrance.

Cassirer's translation aimed to bring a Jewish perspective to the New Testament using contemporary but formal English. Here's his translation of Matthew 7:15-20.

There are some further sample verses online. After Cassirer's death the manuscript was prepared for publication by his colleague Ronald Weitzman. In the introduction Weitzman wrote: "There is no denominational bias, no ulterior motive, to sway the integrity of this translation, which must be allowed to speak for itself. The classicist and philosopher approached these texts with fresh eyes and a sense of wonder, eager to find out for himself exactly what they were saying." Allowing for a certain fulsomeness that you expect in this kind of introduction, it still rings true. Remarkably, Cassirer only began reading the Bible at age 49.

For those interested in Bible trivia, a distinctive flaw occurs in Luke 11:32 which reads that the people of Nineveh "were not led to repentance". The word 'not' is of course an error that neither Cassirer nor Weitzman spotted in time.

I'd argue that this is a much more interesting choice than, say, N. T. Wright's recent NT offering. This version does what all good translations should do; roll off the tongue well when read aloud. Regrettably God's New Covenant apparently never went beyond its first edition, so securing a second hand copy is now the only option available.