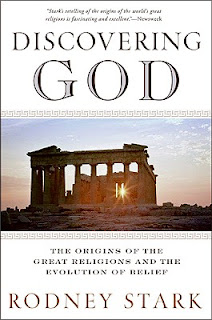 Also boxed on the ears is Jonathan Kirsch, Burton Mack, and Q scholarship. Stark wears his own ideology on his sleeve with little effort at subtlety, combining the "qualities" of Rush Limbaugh and Major Bloodnok (from the highly esteemed 1950s Goon Show). I'm not sure whether I enjoyed the rhetoric or was appalled by it: maybe a bit of both. Good fun to read, and a fresh perspective, but the only real balance may come from the writer having a chip on both shoulders. A curate's egg: two stars.
Posted by Gavin R at 19:25