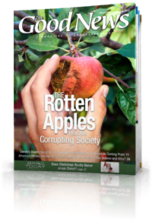 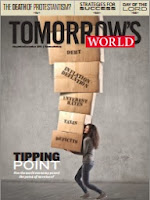 Two magazines doomed to irrelevance: but not without providing some unintentional humour in their death throes.
Posted by Gavin R at 00:04 24 comments 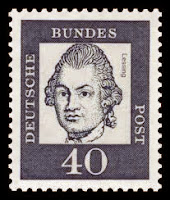 "The true Lutheran does not wish to be defended by Luther's writings but by Luther's spirit; and Luther's spirit absolutely requires that no person may be prevented from advancing in the knowledge of the truth according to their own judgement."

Gotthold Ephraim Lessing (1729 - 1781), writer, philosopher, dramatist, publicist and art critic, and one of the most outstanding representatives of the German Enlightenment, the Aufklärung.

I thought I was pretty much up on pointless theological jargon, but Paul "Mugger" McCain of the Missouri Synod has just pushed me further up the learning curve with isagogics. Isagogics is, apparently, what comes before exegesis.

In the case of Missouri Synod I suspect it more properly refers to the pabulum in-house apologists feed the more uppity pew potatoes to prevent them from hurting their poor wee heads by thinking outside the prescribed limits. This may appear an uncharitable assessment, by consider Pastor McCain's choice of words.

This new isagogics textbook examines and explores each book of the Old Testament, preparing students of the Bible to read Israel’s texts with understanding and insight. It helps answer questions such as “What is helpful and what is detrimental to evangelical faith?” and “How do conservative scholars respond to critical views of the Old Testament?” The book interacts with scholars in a respectful way while providing evangelical assessments that foster historical and theological confidence in the Old Testament.

What does this mean? Beats me. But consider this gem, from page 46.


Moses must have written Genesis, since he was responsible for the rest of the Torah...

It has been 'a long time between drinks', as the saying goes. In this case, a long time between postings. Life has been busy, and even a tad stressful, as is often the case at this time of year, and I frankly haven't felt much motivated to rattle the keyboard beyond what has been absolutely necessary for work commitments.

But Summer is here - almost - with apologies to Northern Hemisphere readers who are regrettably stuck in a seasonal mirror universe. I know I'm starting to unwind because this past weekend a sinfully sizeable chunk of personal down-time was spent watching old episodes of The Wild Wild West and Get Smart.

"And", as Agent 86 was wont to say, "loving it!" The Sixties might have been dire, but I was just a kid, and the television was great!

Be that as it may, "Gideon", whoever he (or she) might be, has been on my case with relentless submissions about someone else's comments on another website altogether. Painful but true, if you get my gist (let the reader understandeth). If I had a buck for every comment he's fired off I could probably retire early. Alas, only one has squeaked through. Sorry Gid, but I can't find the material you keep endlessly complaining about, and not once have you bothered to supply a link. Ah well...

Returning to The Wild Wild West, a parenthetical thought. Isn't there something Garner Ted-ish in the Jim West character (as portrayed by a young Robert Conrad)? The piercing eyes, the nonchalant poses, the dapper good looks, and let's not forget the womanising. I wonder if GTA was a fan of the show?

Anyhow, as the paperwork begins to slowly subside, and the countdown to the Summer break edges ever closer (currently 32,562 minutes away, but who's counting?) it is increasingly possible that some activity might return to this blog, though I confess to having thoroughly enjoyed the break from theological conniptions and the wacko WCG in its scattered bits and pieces.
Posted by Gavin R at 22:07 13 comments