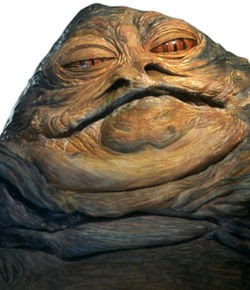 The publicity keeps rolling in for Brian Tamaki's Destiny Church, but it's probably publicity he'd rather not have.

It seems the Destiny franchise loves to practice the "give" way of life... by giving to Brian.


Brian Tamaki is given up to $500,000 every year in donations from Destiny Church members on top of his six-figure salary, according to a former employee.
The 7000-strong congregation is encouraged to donate money in an annual "First Fruits" offering in an October service, which is gifted to the self-appointed bishop for his own use, rather than funding church activities.
The practice... is based on Old Testament scripture, in which the people of Israel would give the first produce of the land each year to the priests to eat...
Lynda Stewart, a former financial administrator for Bishop Tamaki and his wife Hannah, was a member of Destiny for seven years but left after he was appointed as a bishop in 2005...


Soon after, the congregation were encouraged to give personally to Bishop Tamaki which was justified with scripture, which Ms Stewart says was taken out of historical context.
"The Bible was being used to manipulate people to give money for his personal use to fund his flashy lifestyle," said Ms Stewart. "And the people blindly accept what Brian says."

Nice! I'm all for it. Imagine a half million dollar bonus where the humble sheeple show their deep appreciation for you, the Lord's anointed. Of course, Bishop Brian's flock tend not to include the wealthy, educated and well off. Those generous donors tend to live in less salubrious suburbs and pull in a modest paycheck, while some receive welfare. Brian however is a different kettle of fish. He and wife Hannah do live in a mighty fine home with all the flash toys provided. Funny that...


Dr James Harding, a lecturer of theology at Otago University and a Christian, said the "First Fruits" offering was given in the Old Testament era because the Levite priests had no land to make a living from.
"[The offering] was to give them a living wage, so to speak, it was in that context. Quite a different context to Auckland in 2009," said Dr Harding.
"It is somewhat of a strain, quite a stretch I think, to use passages from the Old Testament to justify this. I'd be very interested to hear how they justify it theologically."

Indeed. Even for those of us with some small prior experience of money-grubbing apostles and empire-building evangelists, the rationale behind this particular cash-grab is stunning. Not even Herbert Armstrong on his worst day was quite this crass.
You can read the full story here.

I'm put in mind of a bloke called Byron Klein, who was pastor of the church my family attended when I was a kid. Byron drove an old VW Beetle with a lot of ks on the clock, including not a few in dropping us brats off home after confirmation classes. He and his wife Dawn, who worked as a nurse at the public hospital, adopted a child before raising their own family. Byron could see the potential in a lot of people when nobody else could, including alcoholics who were battling the bottle. Their home was open to any and all. He'd put the hard yards in to graduate from seminary, with a working knowledge of all three biblical languages (Greek, Hebrew and German!) and like most ministers then and now was rewarded by being underpaid and under-appreciated. You didn't have to be a Christian to know that he was a thoroughly decent and compassionate human being. He and Dawn were inspirational in a very down to earth way that had nothing to do with liturgy, doctrine or theology, and they weren't atypical.

The bloated pulpit parasites of the prosperity gospel (their prosperity!) seem to be another species altogether.
Posted by Gavin R at 19:19 7 comments

The Evils of Higher Edjamacayshun 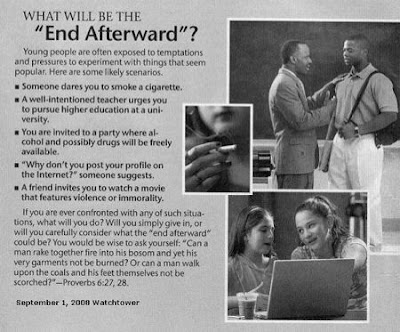 P. Z. Myers draws attention to this nice scan from The Watchtower, a fine publication seeking to draw impressionable, innocent youth away from the siren calls of Satan. Cop a squiz at the scenario in number 2.

A well-intentioned teacher urges you to pursue higher education at a university.

"... what will you do? Will you simply give in... "Can a man rake together fire in his bosom and yet his very garments not be burned.""

Forsooth. Touch not the unclean thing, gentle Witnesses. Flee the demon-haunted halls of higher education. "Where ignorance is bliss, 'tis folly to be wise."
Posted by Gavin R at 17:39 3 comments

Augustine of Hippo may have had a hugely inflated reputation (for which James O'Donnell's biography is an excellent corrective), but occasionally he wrote something which is indeed worth repeating.

Now, it is a disgraceful thing for an infidel to hear a Christian, presumably giving the meaning of holy scripture, talking nonsense on these topics; and we should take all means to prevent such an embarrassing situation, in which people show up vast ignorance in a Christian and laugh it to scorn.

... Reckless and incompetent expounders of holy scripture bring untold trouble and sorrow on their wiser brethren when they are caught in one of their mischievous false opinions and are taken to task by those who are not bound by the authority of our sacred books. For then, to defend their utterly foolish and obviously untrue statements, they will try to call upon holy scripture for proof, and even recite from memory many passages which they think support their position, although they understand neither what they say nor the things about which they make assertion.

Thus was it always so...

From Augustine's The Literal Meaning of Genesis.
Posted by Gavin R at 12:58 1 comments

"So Amazing a Blasphemy"

It's an unremarkable verse in most English translations. Here's Jeremiah 20:7 in the ESV.

O LORD, you have enticed me,
and I was enticed:
you have overpowered me,
and you have prevailed.
I have become a laughingstock all day long;
everyone mocks me.

Pretty innocuous and quite suitable for pious reading aloud in a family devotion. James Crenshaw in his book A Whirlpool of Torment, however, offers these eye-opening comments on that verse.

"In the quotation from Jer. 20:7 above, Jeremiah accuses God of rape. This is no trivial accusation, nor is it uttered in a flippant manner. The words are carefully chosen to cover the act of seduction and accompanying violence."

Elsewhere, Crenshaw provides the following translation of the first part of v.7:

You have seduced me, YHWH, and I have been raped;
You have seized me and prevailed.

It's a disturbing image, and although I'd been aware of it for some time, it was brought back to me again reading, of all things, Mary Doria Russell's sci-fi novel Children of God, where the leading character mulls over God's "silent, brutal indifference."

"You seduced me, Lord, and I let You," he read in Jeremiah, weeping... "You raped me, and I have become the object of derision."

We like to claim many comforting images of God: father, lover, friend, law-giver, creator, sustainer, provider, to name but a few. But homosexual rapist? Shades of Father Zeus and hapless Ganymede?

Harold Bloom, in Ruin the Sacred Truths, offers a similar translation to Crenshaw's, then adds:

"This is so extraordinary a trope, and so amazing a blasphemy, that I wonder always why there is not more than perfunctory commentary upon it."

Could the new Conservative Bible Project really be this bad?


The earliest, most authentic manuscripts lack this verse set forth at Luke 23:34:


Jesus said, "Father, forgive them, for they do not know what they are doing."

Is this a liberal corruption of the original? This does not appear in any other Gospel, and the simple fact is that some of the persecutors of Jesus did know what they were doing. This quotation is a favorite of liberals but should not appear in a conservative Bible.

The snip is in turn snipped from a rant by Atheist evangelist P. Z. Myers. Even if he was only half right (and that would be to underestimate him) the prospect of this bunch of Conservapædia nutcases producing something tarted up as scripture is truly disturbing. A quick check of the relevant website reveals that P. Z. is probably understating the perversity of the project. Just check those ten criteria!

Happily (or perhaps unhappily), we can judge what might be by a proposed translation of Mark by these unnamed scholars. The end result will surely be as worthy as the 1940 Die Botschaft Gottes (The Message of God), an "Aryan" New Testament produced by Nazi theologians.
Posted by Gavin R at 07:49 3 comments 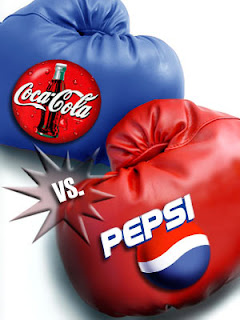 No denying that the NIV brand is a bit shopworn, or that the TNIV went down like a lead balloon among its natural constituency. No denying that the ESV brand has an appeal to conservative Christians. So, who knows, maybe the ESV will topple the NIV from its throne. We won't have long to wait, the bull-roaring season ends and the Big Fight commences in 2011, be sure to grab your NRSV, a large bag of popcorn, and a good seat, this one is unlikely to be an early KO.
Posted by Gavin R at 09:31 0 comments