Over at the GCBC (God Cannot Be Contained) blog there's the first of two postings attempting to show that atheists and fundamentalists pose a false dilemma vis-à-vis the Bible. It'll be interesting to see how Miller Jones develops this theme in part two. But for the present, here's a couple of excerpts, followed by some observations of my own. First a disclaimer. I'm neither a fundamentalist (though I once was) nor an atheist.


"...both groups start out with a False Dilemma about the Bible that impinges on most of their subsequent arguments about these topics."

Okay, that certainly applies to fundamentalists (and their evangelical brethren) where bibliolatry is endemic, but it's incidental to any thoughtful atheist critique I've come across. Most aren't overly worried about the Good Book. They come at it from a broader perspective, and the Bible is simply "collateral damage". Atheism stands apart from any narrowly focused argument about the Bible. Or Science and Health, the Quran or any other specific scriptural tradition. Their focus is not so much on the Bible, but on the what they see as the problematic concept of God or gods. Christian fundamentalism? Not so. There God is assumed and the Bible, read with a wooden literalism, becomes an ultimate authority. An atheist can most certainly appreciate the Bible as literature, and its historical and social significance, just as they can enjoy the Iliad and the Odyssey (or reruns of Hercules: The Legendary Journeys).

In other words, whereas debate about the Bible is absolutely central for conservative Christians, that's not necessarily so for atheists (or progressive Christians for that matter). 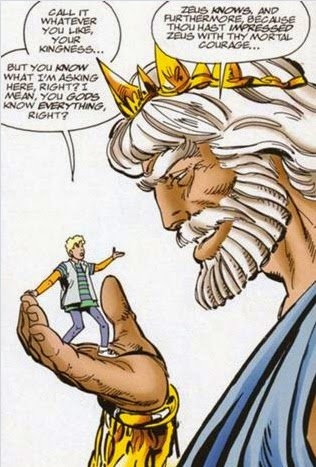 "It seems incomprehensible to both sides that the Bible could be a mixture of truth and error. Nevertheless, to an objective observer it is apparent that a single piece of literature is easily able to accommodate both. In other words, both sides in the debate have engaged in Fallacious Reasoning relative to the Bible. Since both claims about Scripture can be characterized as false, it is illogical for either side to assert that their claim about Scripture is true based on the falsity of the other side."

No, no, no. It's thoroughly comprehensible to many atheistically inclined people that the Bible does indeed contain a mixture of truth and error. They reject the objectionable (and there's plenty of that) but simply insist that there is nothing supernatural behind such benign teachings as the Sermon on the Mount. There are plenty of non-Christian readers who appreciate the mythic elements in the New Testament narrative (as you would in Greek mythology) as long as you understand something about metaphor - as in the Resurrection for example.

Sticking with the Greek mythology analogy, there are some pretty hairy stories about the Greek gods, every bit as horrible as the accounts of Yahweh. But you'd have to be both tone deaf and colour blind not to find something thought provoking in the tales of Persephone or Icarus. I confess to be being totally atheistic when it comes to the alleged inhabitants of Mount Olympus - and I expect Miller is willing to risk the thunderbolts of Zeus too. Is this because we find it incomprehensible that there might be a mixture of truth (albeit non-propositional) and error therein? Don't think so.

So it seems to me that Mr Jones has himself posed a false correspondence between two quite different things. But I'll keep an open mind till the next instalment.
Posted by Gavin R at 23:53