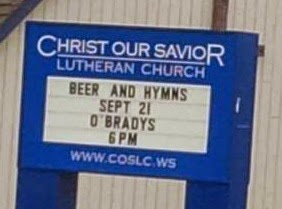 Baptists so easily revert to wowserism. There was a time, living in the Taranaki, that I attended a Baptist church. Nice people but kinda weird. One memorable evening a guest speaker was invited to address the men's group, and I dutifully trotted along. This guy decided to stir up the spirit (so to speak) by spilling his guts about his terribly sinful life prior to recommitting to his faith.

It turns out that, on a business trip to Japan, our now repentant speaker had plumbed the depths of depravity by drinking sake! But that wasn't all, he had - horror of horrors - even been known to mow his lawns on Sundays!

It was a bit like watching a Monty Python episode with a bunch of zombies for company, none of whom seemed to see any humour in the situation. I kept looking around to see if anyone was finding these revelations as ludicrous as I was. Nope, not a soul.

Growing up Lutheran, one of the few benefits was a relatively healthy attitude to alcohol. The pastor dabbled in wine-making in the manse - not great wine I gather, but being too young myself to drink at the time I could only rely on the testimony of other congregants. I do know that the blue stocking brigade in town were greatly incredulous. A high school mate who had ties with the Adventist church breathlessly passed on the scandalous information to me. He wasn't telling me anything I didn't know, and I couldn't quite work out what the problem was. After all, Luther himself was fond of his mug of good Wittenberg ale. 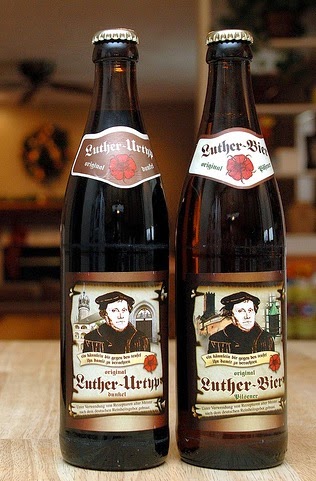 So Jim West is running true to form when he raises a pious eyebrow over this church sign. Beer and hymns? Why not? I doubt the hymn context would permit overindulgence at Christ Our Savior, and the quality of singing would probably be enhanced. And if Jim had bothered to check their website he'd have found that it is all in a good cause.


We also have monthly focus of food collection for the Lutheran Social Services Food Bank and provide a monthly meal for Clare House.  We have a recycling center with the motto, “Bring Your Garbage to Church, what can’t be recycled can be forgiven.”  And a couple times a year we offer a fundraising event for Lutheran Social Services called “Beer & Hymns” which is pretty much just what it sounds like.

I confess to having a few cold ones tucked away in the fridge, with no sense of guilt whatsoever. Enjoying a social beer, or relaxing after work with a moderate pint is no sin.