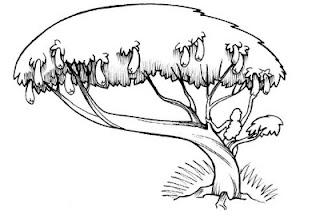 Good news, the LCMS doesn't demand that its two point five million members affirm that the earth is only 6000 years old. Of course, some faithful members are beside themselves at the thought that it doesn't, but Herr Pastor McCain sets that straight in a recent posting.

I confess, I thought they did, silly me. After all, Concordia Publishing House (CPH) still had Alfred Rehwinkel's hilarious book The Flood on their catalog last time I checked.

But McCain, true to the LCMS predilection for uncompromising clarity, spells out what LCMS does teach:


The Synod has affirmed the belief, therefore, based on Scripture’s account of creation in the book of Genesis and other clear passages of Scripture, that “God by the almighty power of His Word created all things in six days by a series of creative acts,” that “Adam and Eve were real, historical human beings, the first two people in the world,” and that “we must confess what St. Paul says in Romans 5:12″ about the origin of sin through Adam as described in Genesis 3 (1967 Synodical Resolution 2-31). The Synod has also, therefore, stated that it rejects “all those world views, philosophical theories, exegetical interpretations and other hypotheses which pervert these biblical teachings and thus obscure the Gospel” (1967 Synodical Resolution 2-31).
At the same time, the Synod firmly believes that there can be no actual contradiction between genuine scientific truth and the Bible.

I hope that clears it up. Adam and his lady wife were real people - with or without belly buttons. There was no naughtiness in the multiverse before Adam (not sure why Adam, when it was Eve who chowed down on the pendulous passionfruit first, but I digress...) But - and here we may be grateful to Pastor McCain for his enlightened statement - there is no contradiction between science and scripture... as the latter, quite rightly, trumps the former every time.