And Sheep shall safely graze 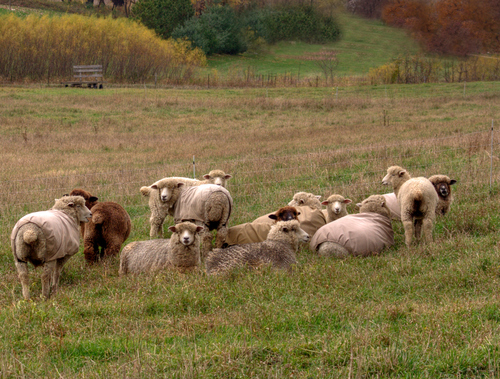 To be a well-heeled church-goer of whatever persuasion you have to embrace docility. At least that's the conclusion I'm increasingly coming to.

Which may explain why, despite an innovative half-century in the way churches structure their services, the decline in membership and attendance continues.

In my youth the pastor (consider the meaning of that word... shepherd) wore vestments. These days it's likely to be expensive smart casual. The music has been souped up to be far more contemporary and every second congregation has an attractive website.

Hasn't made much difference.

But what the worshippers are doing - or not doing - is just as interesting. They're there to be reinforced, to have their faith enhanced. Their role in the service, and most especially in the sermon, is to be passive and receptive. They turn up the pre-selected Bible verses and murmur their assent occasionally. That's it. That's why metaphors like sheep and flock are still in vogue.

Which is all well and good if you're not the sort of person who likes to do a bit of your own thinking, who knows that you can only really grow through having your understanding challenged once in a while, who has a problem with off-the-shelf answers and handy proof texts.

Those people continue to quietly drop off the radar, and usually they're far from missed. Questioning is associated with doubt, and "he that doubts is damned". The consequence in many churches is anti-intellectualism, a suspicion of higher education and nasty, uncomfortable questions. Better to lie down in the green grass and zone out, if you must, on apologetic clover.

Those with get up and go have, unsurprisingly, got up and gone. Some may remain because of personal connections - friends, family, cultural identity; but hanging in around the margins is hardly a satisfying solution.

The irony is that when more progressive churches move away from this top-down, minister-knows-all model, they too tend to crash and burn. Docility and deference to authority are hard-wired into the structure of traditional church attendance. Move beyond it and, well, what's the point? Why bother to get up early on the weekend and drive somewhere to hear what you already know?

The solution? Whatever it might be, it doesn't seem to be on the horizon.

Perhaps it's as the Good Book says - in the inspired King James and stripped of bothersome context (which is pretty standard in much that passes for homiletics these days)...