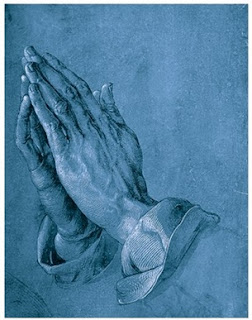 There's an interesting discussion occurring off-blog about Lonnie Hendrix's recent "God and Jane Fonda" posting. Here's a couple of excerpts from that post.


I have been saying for several years now that Christianity is NOT an intellectual experience. True Christianity is not found in a set of doctrines or teachings. Like God, it cannot be fully or adequately explained by ANY book or pamphlet. Paul wrote in many places that Christianity cannot be explained or understood using man's words and wisdom - that it is OUTSIDE of that realm. Christianity must be experienced on an emotional level - in the gut. I'm not saying that you have to experience Christianity in the same way (or using the same words) that Fonda did, but I am saying that you can't be a TRUE Christian by comprehending and/or adopting a set of beliefs as your own. Choose your own words, but you must be "begotten again" or "reborn."

Try to forget the literalist and fundamentalist baloney. Abandon the apologetics. You're never going to get there on that road... It turns out that the HEART and SENTIMENTALITY are what it's all about! You've got to FEEL it on the inside. Wipe that smug, self-righteous smirk off of your face and let God and Christ into your heart.

Do read the entire piece.

I guess I know where Lonnie is coming from. I certainly agree strongly with many of these statements, but I still did a double take. I'm not so sure that something called Christianity can be primarily "experienced on a emotional level - in the gut." That's where values come from, the still, small voice, the conviction that something is right - or wrong. But Christianity has no exclusive market on that. Isn't that the whole point of Romans 1:19-20?

And I'm not sure that the heart and sentimentality are what it's all about either. It took more than sentimentality to motivate the reformers and abolitionists who fought the slave trade, who campaigned for women's suffrage, who work today for a just society worth handing on to future generations. There were few more "sentimental" varieties of Christianity in the years leading up to World War One than German Protestantism, especially in its Pietistic form, but that seemed to matter not at all as nationalism swept across the face of Europe, and the pastors fell in behind the Kaiser in whipping up unquestioning patriotic fervor.

My point, I guess, is that to identify good feelings and sentiments with Christianity creates a category error. And to focus on good feelings and intentions can lead to quietism and withdrawal from the great issues which should command our attention and passionate advocacy. Christianity, under any positive definition I'd be comfortable with, is as much about the hand as the heart.

Christianity, Lonnie contends, comes to us from outside the realm of human words and wisdom. Again, I know what he means, but can anything beyond instinct and lower animal behaviour really be conveyed outside the realm of language? Even if that was true, which I personally doubt, there is no other place that it - or anything good - can be expressed other than in this messy realm with all its uncomfortable paradoxes.

Doctrine, apologetics... on these I agree wholeheartedly with Lonnie. But if you strip them away, I wonder if what you're left with is best described as something other than Christianity. And, in my view, intellectual rigor, engaging the mind, at least at a basic level, is a non-negotiable element in negotiating one's way through life - and that includes faith commitments of whatever stripe.

As Lonnie often says, what do you think?