Evolution Sunday is a comin' 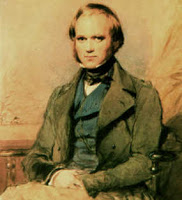 Only nine days to go (ten in some places still) till Evolution Sunday.


Hundreds of churches across the country will celebrate Evolution Weekend on the weekend closest to Charles Darwin’s birthday, February 12. Evolution Weekend is the day when religious organizations from all across the United States representing a host of denominations will come together to discuss the compatibility of religion and science.

Fantastic!  Nine New Zealand congregations are listed among the hundreds marking the day, with another eight across the ditch in a westerly direction.   You can learn more here.

Alas, the majority of the clergy officers' corp, guarding the boundaries of what they can get away with without alienating those inclined to a monochrome fundamentalism, have been slow to embrace initiatives like this.  To those who have, may be Force be with you.

And what better way to prepare for the big event than a final dose of Lloyd Geering's series on Evolution: The Real Genesis.