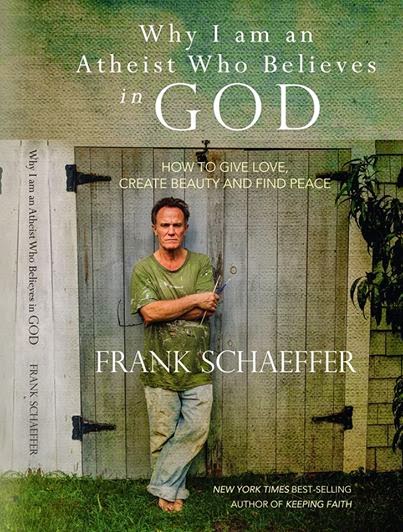 Frank Schaeffer's book, Why I am an Atheist Who Believes in God, is available right now free on Kindle. But be quick, it's a special offer that expires tomorrow.


Caught between the beauty of his grandchildren and grief over a friend’s death, Frank Schaeffer finds himself simultaneously believing and not believing in God—an atheist who prays. Schaeffer wrestles with faith and disbelief, sharing his innermost thoughts with a lyricism that only great writers of literary nonfiction achieve. Schaeffer writes as an imperfect son, husband and grandfather whose love for his family, art and life trumps the ugly theologies of an angry God and the atheist vision of a cold, meaningless universe. Schaeffer writes that only when we abandon our hunt for certainty do we become free to create beauty, give love and find peace.

Schaeffer is the son of the late Calvinist guru Francis Schaeffer, much hyped author of the awful How Should We Then Live, which did the rounds when I was still in short pants. He initially followed in his dad's footsteps... until he wised up. You can find an interview with Schaeffer over on the Sojourners site.
Posted by Gavin R at 15:38