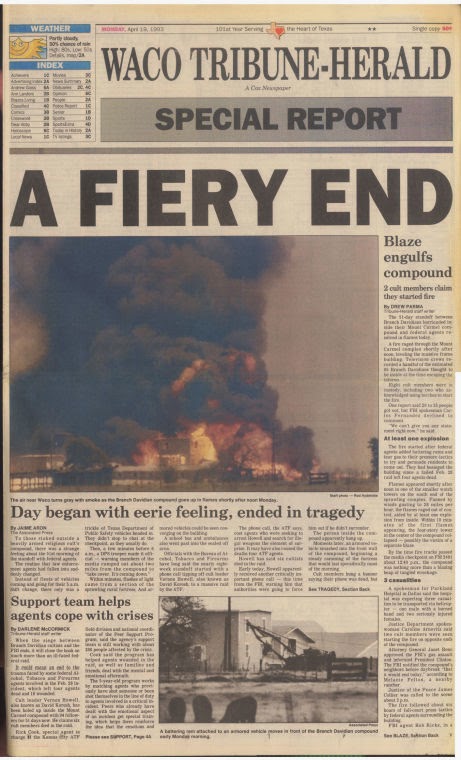 I thought you might be interested in this, from the Houston Chronicle yesterday: "The U.S. Bureau of Alcohol, Tobacco, Firearms and Explosives is unveiling a detailed wooden re-creation of the Branch Davidian compound on Feb. 28, 1993, the start of a standoff in Waco that proved to be one of the agency’s defining moments."


The writer goes on to note that Phil Arnold and James Tabor "(both with a WCG background, and an understanding of where David Koresh was coming from) tried to mediate at Waco, and the FBI ignored them with the consequences we know."

Someone can correct me if I'm wrong, but it was ex-WCG consultants who were called on rather than SDAs (who were more directly related to Koresh and the Branch Davidians). Was it because the SDA mullahs were too busy calling for a bowl of water so they could wash their hands of any embarrassing connection?
Posted by Gavin R at 20:27