Thiel and the Racism behind BI

Bob Thiel certainly isn't representative of all the various splinter groups from the former Worldwide Church of God, but having a lot less nous, tact and subtlety that most of the smarter leaders in larger sects he tends to articulate what other groups tacitly endorse or encourage, though not in an overt way. 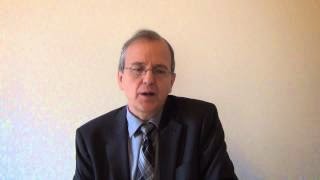 Studies have come out showing what many of us have observed, the USA is becoming less and less white, non-Hispanic, and if the trend continues the USA will no longer have a white, non-Hispanic majority... Those of us who understand that the USA was essentially given to the descendants of Joseph’s son Manasseh as part of the blessings that were promised to Joseph (Genesis 48:17-19; see also Anglo – America in Prophecy), also realize that getting non-Manassites in the land was also prophesied if the nation would not obey God...


[T]here are various biblical prophecies that seem to refer to the descendants of Manasseh as Samaria (e.g. Isaiah 9:8-12,21; see also Anglo – America in Prophecy).  Samaria was where Manasseh was based in ancient Israel and Samaria ended up being a land that was full of mixed people where the majority was no longer Manassite nor Israelite.

We are also seeing that type of “Samaritization” happening in the USA.

Now, it should be mentioned I do not expect that the USA will last until 2044, which is when there is projected to be no white majority.

If there is anyone out there who is under the illusion that British-Israelism isn't inherently racist, Bob's vile nonsense is clear evidence to the contrary. Groups like the United Church of God may have dampened down the rhetoric, but the essential teaching remains the same. BI is an Anglo wet dream inherited from the imperialism and jingoism of the eighteenth and nineteenth centuries, racist to the very core. The American version championed by followers of the late Herbert Armstrong is a particularly unpleasant mutated strain that plays on irrational fear and overwhelming ignorance.

Bob doesn't expect the United States to be around in 2044. Apparently he learned nothing from the prophetic fiasco of 1972. My prediction is that it will be Bob and his gullible followers who will long since have disappeared, all fantasies unfulfilled, well short of that date. Hopefully along with all forms of BI Bullgeschichte.