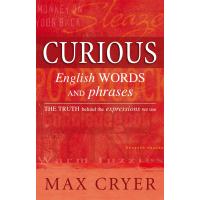 It's not a very subtle question.  How about legend or myth, and what's the difference?

Max Cryer comes to the rescue.  Although not a crusty academic, Cryer is much admired as a word expert in New Zealand; the sort who delves into the peculiarities of the English language and its many puzzling expressions.  He has been widely heard on public radio, and has authored several popular books, one of which I'm working my way through at the moment, Curious English Words and Phrases.  I confess to having cracked up completely at his deadpan and studiously understated explanation of the potentially R18 rated "donkey deep."

In an entry on the distinction between the terms legend and myth Cryer writes:


"A good way of remembering the two definitions is to think of Santa Claus. Santa Claus is a myth based on a legend, because Saint Nicholas was a real Turkish person. He was much admired... and he became a legend. But he had never been to the North Pole and he didn't ride reindeer through the sky at night. All that extra detail is mythical."

Now Cryer is certainly no theologian, which probably explains why his books actually make sense. In any event, what if we were to take his Santa Claus exemplar and morph it into one about Jesus?


Jesus is a myth based on a legend, because Yeshua was in all likelihood a real Galilean person. He was much admired... and he became a legend. But he had never raised rotting corpses and he didn't walk on water. All that extra detail is mythical.

So, whether you're on the Bart Ehrman side of the debate, or rooting for someone like Tom Brodie, the outcome is essentially the same. Jesus, the literary character of the New Testament, is a myth. And, to put it bluntly, the literary character is the only Jesus we really have. The "historical Jesus" can only be a constantly shifting reconstruction, a best guess based on almost no hard data. The only real difference of substance between the feuding parties is whether the myth is based on a legend (and therefore probably resting on some sort of slippery historical bedrock) or was at some early stage crafted out of the whole cloth.

But if Jesus, the essential Jesus, the biblical, canonical Jesus is a myth, is faith still possible? These measured words are those of Tom Brodie, Dominican priest and self-outed mythicist.


This shadowed living beauty that we call Jesus Christ is not a specific human being. It is visualized as a Jewish-born carpenter, and at one level it is personal and history-related. Jesus Christ is historical insofar as he symbolizes the aspect of a personal God that is interwoven with the fierce particularity of history and with the bloodied beauty of individual lives.

... but it is the same Jesus Christ who underlies all formulations, no matter what name we use.

What is important is that, while the loss of Jesus as a specific individual human may bring sadness, union with the living Jesus - the universal living figure of truth and goodness and shadowed beauty, the Gospel figure who touches the leper, embraces the children, and lays down his life for our sins - union with this Jesus brings new life.

And that is hard to gainsay.

Yes, I know that adapting Cryer's comments is a gross oversimplification, and that it pays scant respect to the Gordian Knot in which scholars tend to gleefully emesh themselves in order to write dense and unreadable tomes. But really, at the end of the day, do we really need another pointless and overpriced book by Maurice Casey or N.T. Wright to further muddy the waters and help us ignore the obvious?

is available on Kindle. The Brodie quotes are from chapter 21 of  Beyond the Quest for the Historical Jesus: Memoir of a Discovery, 2012.)