(This is the fifth part of a review of Hyam Maccoby's 1986 book Mythmaker: Paul and the Invention of Christianity.) 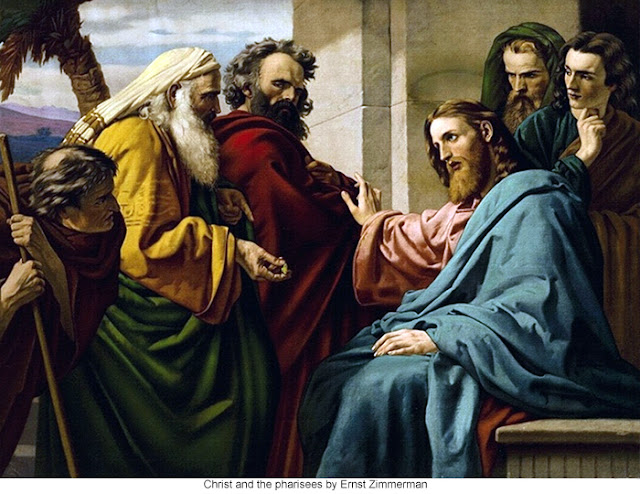 ... Jesus did not in historical fact criticize the Pharisees in the way represented in the Gospels; he was indeed himself a Pharisee. The whole picture of Jesus at loggerheads with the Pharisees is the creation of a period some time after Jesus' death, when the Christian Church was in conflict with the Pharisees because of its claim to have superseded Judaism.

In chapter four Maccoby sets out to bolster his claim to turn the accepted narrative on its head. Not only was Paul, the ex-Pharisee, no such thing but Jesus, the nemesis of the Pharisees, was one of their number. Maccoby draws on the Sabbath sayings and stories in the gospels as evidence. "Jesus' celebrated saying, 'The sabbath was made for man, not man for the sabbath,'... is found almost word for word in a Pharisee source." Jesus' clashes over sabbath teaching were not, according to Maccoby, with the Pharisees (as the gospels plainly state) but with the Sadducees. Why?


In fact, at the time that the Gospels were edited, the Sadducees had lost any small religious importance that they had once had... it was of the utmost importance to the Gospel editors to represent Jesus as having been a rebel against Jewish religion, not against the Roman occupation.

For Maccoby Luke 13:22 (where the Pharisees warn Jesus about a Herodian plot to have him killed) is a clear indicator that Jesus and the Pharisees were by no means at odds.


Why should the Pharisees, who, in previous stories, have been represented as longing for Jesus' death because of his sabbath healings, come forward to give him a warning intended to save his life?

And, for that matter, why did the Pharisees not bring any charges about sabbath breaking against Jesus in the accounts of his trial?

A Messiah claim was not sufficient to alienate Jesus from the Pharisees either, remembering that the title carried no claims to divinity. Other contemporary figures made the same claim, and none were accused of blasphemy. Another claim, to destroy then rebuild the temple, was likewise a non-issue.


... the Temple built by Herod was not expected by the Pharisees to last into the Messianic age. Jesus very probably did declare his intention of destroying the Temple and rebuilding it, for this is just what anyone seriously claiming to be the Messiah would do.

There is also an interesting discussion of the account of the disciples plucking corn on the sabbath (Mark 2) which brings a very different perspective to the story.

Does any of this 'prove' that Jesus was a Pharisee? That would be a high bar to clear. But it does indicate that Jesus and the Pharisees were by not so far apart as we might imagine.