Mythmaker: Preface and Chapter One 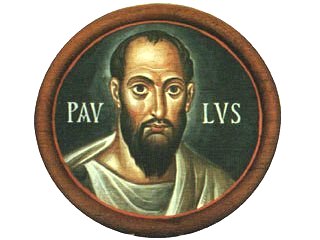 This is the first part of a review of Hyam Maccoby's 1986 book Mythmaker: Paul and the Invention of Christianity.

Maccoby sets out his intentions in the Preface.


I have used the rabbinical evidence to establish... that Paul, whom the New Testament wishes to portray as having been a trained Pharisee, never was one.

In this undertaking there would be few more qualified than Maccoby, a Fellow of Leo Baeck College, London and a specialist in the relationship between Judaism and Christianity.


I have returned to one of the earliest accounts of Paul in existence, that given by the Ebionites, as reported by Epiphanius.

This then is a unique brief, but clearly not one that should be regarded as beyond the pale.

With the first chapter, The Problem of Paul, we get an interesting angle on the apostle. Maccoby is neither a Christian nor a Christian apologist, and he isn't even faintly interested in politely genuflecting in that direction.

Anybody want to argue that one?

The erasure of James and his brothers from prominence in the gospels indicates for Maccoby that the ground had shifted. These people, who actually knew the Jesus of history, regarded Paul as an upstart and his gospel as a misrepresentation.

Paul is said to have hailed from Tarsus, but this is something he is reticent about revealing in his own writings.


The impression he wished to give, of coming from an unimpeachable Pharisaic background, would have been much impaired by the admission that he in fact came from Tarsus, where there were few, if any, Pharisee teachers and a Pharisee training would have been hard to come by.

Maccoby is asking, basically, if Paul cooked his CV.


The fact that this question is hardly ever asked shows how strong the influence of traditional religious attitudes still is in Pauline studies. Scholars feel that, however objective their enquiry is supposed to be, they must always preserve an attitude of deep reverence for Paul, and never say anything to suggest that he may have bent the truth at times, though the evidence is strong enough in various parts of his life-story that he was not above deception when he felt it warranted by circumstances.

Them is fighting words, but it's a relief to see somebody putting it out there in plain language. Those who have paddled in the academic puddles of theology know that this is a pretty fair summation of the situation - and degree programmes at secular universities (and yes, I'm remembering classes at Otago) are far from exceptions.

Only in six pages and my appetite was well whetted.

More from the first chapter next time.
Posted by Gavin R at 13:27