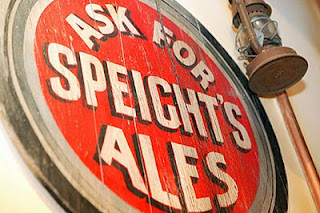 What do you think of when you think of Dunedin?  The world's steepest street?  Scarfies and burning sofas?  The descendants of dour Scots misguidedly attempting to create 'the Edinburgh of the South'?  Speight's beer?  Cheese rolls?

Well, of course, almost all of the above rings true.  Marry the two up, though, and a rather grumpy, unkempt spectre emerges; a stereotype that looks and sounds a lot like the shade of a somewhat tipsy William Barclay, rolling his (most definitely a 'him' wearing a loosely knotted tie and tartan socks) r's...

Nah, not really.  Not if the newly relaunched Dunedin School blog (after a six eighteen month hiatus) is anything to go by.  Mind you, I'm not sure, but I suspect the tortured genius behind the venture, Deane Galbraith, may in fact be an exiled North Islander and, perish the thought, even hail from north of the Bombay hills; but you know me, never one to spread vicious rumour...  And we North Islanders have, in fact, been known to occasionally favour a Speight's Old Dark, even in the darkest pits of Babylon (a.k.a. Howick and Pakuranga).

Apologies to American and other overseas readers if none of this makes much sense.  In any case, the Dunedin School has, how shall we say, a certain flair.  Earnest admirers of William Barclay should probably not go there.  Ever.  You have been warned.