When archers string their bows 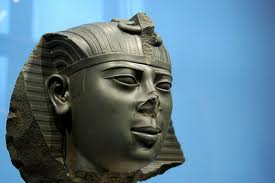 Putting the mythology aside, and the crass commercialism, I love this time of year. It's the long summer break. The kids are out of school, as are their teachers, and those who can pack up the family car and head to the beach. Oh, alright, I realise that you Northern Hemisphere types are wrapping up against the cold and mega-dosing on Vitamin C, but that's half a world away from where I sit.

Of course there are those who seem to feel they have to work every hour God gives them. To them comes this sage advice from the ancient scrolls. No, not the Bible, Herodotus. And not Herodotus himself, but Pharaoh Amasis II of Egypt who, according to Herodotus, was advised thusly by his counsellors:

"Sire, you are not conducting yourself properly by pursuing worthless pastimes. You ought to be seated solemnly upon your stately throne, transacting affairs of state throughout the day; that way, the Egyptians would know that they were being governed by a competent man, and your reputation would improve. But as it is, you are not acting at all like a king."

To which the pharaoh replied: "When archers need to use their bows, they string them tightly, but when they have finished using them, they relax them. For if a bow remained tightly strung all the time, it would snap and be of no use when someone needed it. The same principle applies to the daily routine of a human being: if someone wants to work seriously all the time and not let himself ease off for his share of play, he will go insane without even knowing it, or at the least suffer a stroke. And it is because I recognize this maxim that I allot a share of my time to each aspect of life."