This is the last in a series on Progressive Christianity. 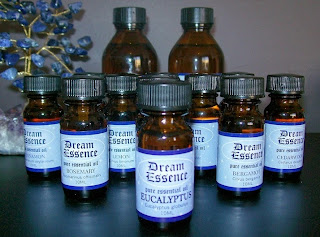 How do you drag the Christian faith kicking and screaming into the twenty-first century?

Traditionalists may find the question offensive, but the reality is that traditional belief in demons, miracles, hell, blood atonement, angels, creeds and trinities is fading fast.

Evangelicals may also find the question uncomfortable, but the truth is surely that fewer and fewer folk find much credibility in dumbed-down, pastel-coloured devotional platitudes.

Progressive Christians, few though they be in numbers, make a variety of proposals, and that at least indicates a willingness to engage with the question.

The radical wing, I think, is worth listening to. Christians who straddle the middle ground, torn between the old and the new, tend to shy away from thinkers like Don Cupitt and Lloyd Geering, stuck as they are in a kind of no-man's land. Like the muskrat in Rudyard Kipling's tale Rikki-Tikki-Tavi, they crawl around the skirting boards trying desperately to work up the courage to run into the centre of the floor. They never manage it. You can't really have a denarius both ways.

Prevarication provides no resolution. It relies on deliberate ambiguities that you could drive an ox-cart through. We talk of Adam as if he was a historical person, while secretly smiling at our own higher knowledge - let the hoi polloi in the pews assume whatever they want. We selectively quote scripture, but only after applying an acceptably modern hermeneutical spin. So what if it bears little resemblance to the intended meaning? Let's hide behind a constructivist approach, deny that there is an 'original' meaning, and hope nobody asks difficult questions.

I want to suggest that this is just plain deceitful, and completely unworthy. The way ahead, if there is to be a way ahead, requires brutal, flood-lit honesty. Honesty that includes those venerable creeds and ancient scriptures. Aromatherapy won't fix the mess, no matter if the scented candles are lit, the sweet incense wafts or (in case you're a Baptist) the cans of air freshener sprayed liberally.

You can't mask the smell of decaying dogma.

Better by far to open the windows wide and let in the fresh air and sunlight.
Posted by Gavin R at 12:58