Which is the most dangerous of the Armstrong splinters? A nomination for Dave Pack's RCG (Restored Church of God) cult.

And cult it is. The cult of Dave. Here's what a long-time RCG-watcher recently wrote.


... he's really gone off the deep end. His new three-part sermon, which I'm listening to now, is INSANE. He's declared HWA was NOT Elijah but instead Moses, because he is Elijah. And then here's the kicker at the end of part one, which he claims is a truth God has restored through him: "If you were called by God, and you are to participate in his ways, you have to turn over your assets to God's church." 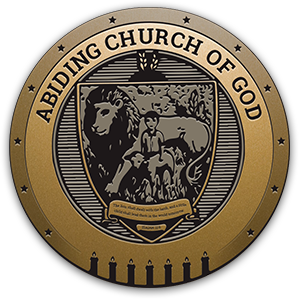 And I wonder what kind of people sit still for this kind of blatant manipulation. In comparison Rod Meredith looks like Mother Teresa (now there's a scary image).

In all the years I've followed the shenanigans of the various splinters, few of the pretenders have been as universally disliked as Pack. Why would anyone - other than compulsive spiritual masochists - follow this pompous, tin-plated führer-figure?

Meanwhile Gary Leonard is reporting that the RCG has spawned a new splinter of its own, the Abiding Church of God, based in Atlanta (presumably the RCG congregation there gone rogue). Notice the highly original seal design!
Posted by Gavin R at 22:36