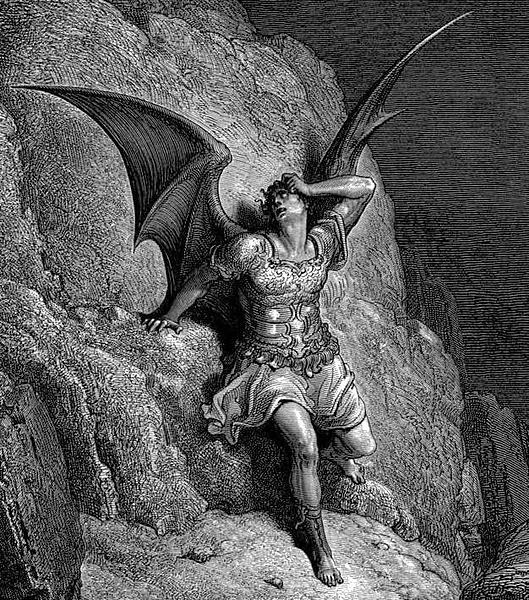 Paul Davidson has a devilishly well researched article up on his blog about the Prince of Darkness, a.k.a. Satan.


Most Christians assume that the qualities commonly attributed to Satan are derived from clear and straightforward readings of the Bible, but are they really?

If you ever wondered about Lucifer, and whether he emerged fully formed from the great prehistoric angelic rebellion that John Milton waxed so eloquently about in Paradise Lost, or whether the concept evolved somewhat more slowly inside human heads down the benighted millennia, this is a great introduction.

(I vividly remember a certain evangelist - let's just say his initials were GTA - claiming that our expanding universe with its galaxies flying apart was a direct consequence of the 'war in heaven'. Apparently God hasn't seen fit to send in the angelic engineering corps to fix the damage yet.)
Posted by Gavin R at 23:19