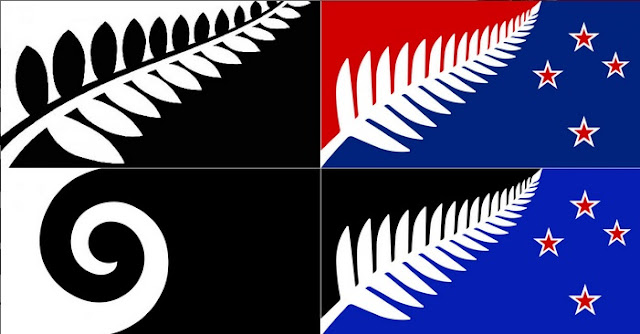 Not that it matters greatly beyond the shores of Aotearoa, but the four contenders for the new national flag of New Zealand have been selected, the winner to be determined by referendum, then a final choice between the pretender and the current flag.

There's an irony in the much repeated complaint about our flag looking too much like Australia's. The Kiwi flag was in fact first off the block, with the Ockers - as they so often do - snatching it (with modifications) for their own. Pavlova, Phar Lap... it's a common thread in the relationship with that noisy, big island to our west. And of course the confusion cuts both ways. The Canadians once raised the NZ flag for former Aussie Prime Minister Bob Hawke.

Personally I'm fond of the original, but would have been happy to go with the original United Tribes flag which preceded British annexation and is still proudly displayed by Maori in Northland. 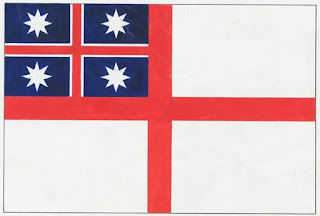 Out of the new designs I prefer - I think - the red, white and blue fern and stars design.