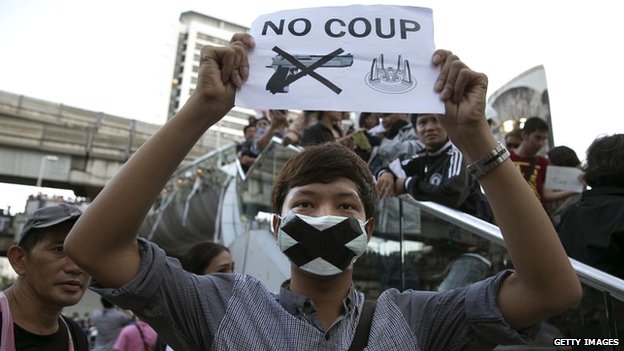 The latest issue of The Journal (August 31) is now out. A few things particularly caught my eye, foremost being the opinions of Leon Sexton of the Legacy Institute on tyranny and the suppression of freedom.

Legacy Institute operates a Church of God ministry in Thailand, having had a presence there for many years. It had its genesis in the jet-setting world tours of Herb Armstrong to glad-hand any world leaders that would give him a nice photo opportunity. In a remarkable set of circumstances Herb cultivated a relationship with the Wat Thai Buddhist Temple in Los Angeles, which helped then open doors for him in Nepal and Thailand. Herb later met Thailand's King Bhumibol and greased the wheels with fulsome praise and dollars. Legacy appears to now carry the baton for the former WCG charity Ambassador International Cultural Foundation. It claims not to be a church, but behaves very much like one, holding Sabbath services and sponsoring a Thai Feast of Tabernacles.

If you follow international news you'll know any criticism of Thai royalty can land citizens in very hot water. Here's the lead from a recent BBC report.


Two military courts in Thailand have sentenced a man to 30 years in prison and a woman to 28 years for insulting the monarchy. The sentences are the harshest ever given under Thailand's lese majeste law, which prevents criticism of the king, Bhumibol Adulyadej. The convictions relate to articles posted on Facebook.

Prosecutions for lese majeste in Thailand have surged since last year's military coup. According to iLaw, a Thai rights group, there were only two ongoing prosecutions for the crime before the coup. That number is now at least 56, the group says.


Article 112 of Thailand's criminal code says anyone who "defames, insults or threatens the king, the queen, the heir-apparent or the regent" will be punished with up to 15 years in prison. This has remained virtually unchanged since the creation of the country's first criminal code in 1908.

The ruling has also been enshrined in all of Thailand's recent constitutions, which state: "The King shall be enthroned in a position of revered worship and shall not be violated. No person shall expose the King to any sort of accusation or action." (BBC report)

Journal editor Dixon Cartwright asked Sexton to comment. What emerged was an apologetic for oppression. Sexton noted that Armstrong "said the king and queen were the finest examples of righteous leadership in the world" (as if he knew anything about that subject), and reminded Dixon that - according to the particularly wooden reading of biblical eschatology favoured in the Armstrong churches - "the kingdom of God on the earth will be ruled by a King, and He will be an absolute monarch." (Perhaps we should be grateful he didn't add something about breaking kneecaps to ensure "every knee shall bow.")

So that's all right then!

And in a lengthy panegyric Leon mentioned that little matter of a military coup how many times?

Now we can all probably understand that Legacy, in order to protect its interests, has to play a careful diplomatic game in order to stay in favour with the bully boys. But that hardly means this kind of obsequious endorsement of vicious injustice. It isn't good enough to say that "American ideals are the problem". Listen up carefully Leon, these aren't just American ideals, they underlie human rights across the world. Nor is it acceptable to babble on about "righteous leadership". The real leadership in Thailand isn't that of a sick old man who is regarded with idolatrous awe (literally worship) by the less educated people. The real power is in the hands of the military.