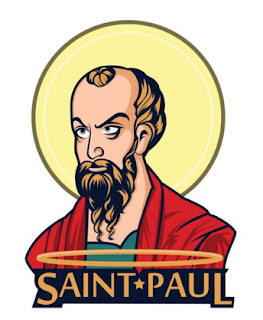 (This is the second part of a review of Hyam Maccoby's 1986 book Mythmaker: Paul and the Invention of Christianity.)

Paul, the converted Pharisee? How likely is that? Not very if you follow Hyam Maccoby's argument. In the second part of chapter one he introduces preliminary evidence to the contrary.


How is it that Saul, allegedly an enthusiastic Pharisee ('a Pharisee of the Pharisees'), is acting hand in glove with the High Priest?

It's a bit like asking a devout Shia Muslim to follow the directives of a Sunni Grand Mufti. (Maccoby will delve into the relationship between Pharisees and Sadducees at greater depth later in the book).

But there are further problems.


... Paul is represented as saying that he 'cast his vote' against the followers of Jesus, thus helping to condemn them to death. This can only refer to the voting of the Sanhedrin or Council of Elders, which was convened to try capital cases; so what Luke is claiming here for his hero Paul is that he was at one time a member of the Sanhedrin. This is highly unlikely, for Paul would surely have made this claim in his letters, when writing about his credentials as a Pharisee, if it had been true.

Paul is never one to shy away from self promotion, even when he's boasting of his humility. Given this degree of braggadocio it's hard to imagine he wouldn't have played this very impressive trump card.

Maccoby doesn't buy the commonly accepted Christian narrative that Paul was only claiming to be an ex-Pharisee who saw the light and then dumped on his former Pharisaic faith. Paul's motivation was to use his assumed credentials as a Pharisee to exalt his status and to add legitimacy to the transition from Judaism to a largely Hellenistic faith.

As chapter one concludes Maccoby takes a parting shot at one of the most influential Christian scholars in this field.


In modern times, scholars have laboured to argue that Paul's doctrines about the Messiah and divine suffering are continuous with Judaism as it appears in the Bible, the Apocrypha and Pseudepigrapha, and in rabbinical writings (the best-known effort of this nature is Paul and Rabbinic Judaism, by W.D. Davies).

Clearly Maccoby is of a different opinion. Why is this important?


So Paul's claim to expert Pharisee learning is relevant to a very important and central issue - whether Christianity, in the form given to it by Paul, is really continuous with Judaism or whether it is a new doctrine, having no roots in Judaism, but deriving, in so far as it has a historical background, from pagan myths of dying and resurrected gods and Gnostic myths of heaven-descended redeemers.

You can almost hear the sharp intake of breath from the world of privileged Christian scholarship.