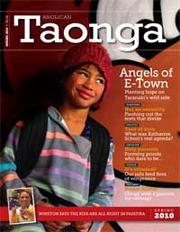 Exhibit 1: the latest issue of Anglican Taonga, an official publication of that church in New Zealand.

Here's a slice of the Anglican communion that recently played host to Katharine Jefferts Schori, head of the Episcopal Church in the USA, and you'd be forgiven for not knowing that the woman was in the country. Anglican leaders by and large seem to have behaved like frightened rabbits, pulling their mitres firmly down over their eyes and hoping nobody would notice. Incredible!

Then there's a hui (big talk-fest) on gay issues and biblical hermeneutics. Peter Carrell, a considered voice on the conservative/evangelical side, comments:

"[W]e are becoming more conservative. The liberal pressure for change in our church is losing support among both clergy and laity. This is partly because new clergy are being drawn from conservative parishes, but also because overtly liberal parishes are not growing across our church. ... (By 'conservative' I mean 'content to hold things the way they have been,' whereas 'evangelical' refers to a specific set of theological convictions which often concur with a conservative disposition. There are more conservatives than evangelicals in our church.)"
"And Jesus wept."

There's a nice article about the involvement of an Anglican parish in the "wrong side of the tracks" North Island town of Eltham. Everyone seems very pleased with themselves, but you have to ask where the church was before the situation reached blow-up point, specifically with the less-than glowing back-history that applies to the church in that part of the country.

This is a church that talks about revitalising - using glib terms like FX (which is supposed to mean 'fresh expressions') but which is greying and dwindling, afraid of its own shadow when an American leader tours the country, but also capable of that variety of earnest pomposity that sees its bishops continue to tart up in regalia like trollops at a picnic.

Then there are the issues bubbling away at St. John's Theological College. St. John's has a long history - at least in New Zealand terms - and a strong reputation for theological education. But factionalism of a most unChristian stripe appears to have virtually torn the college apart, necessitating the installation of a commissioner to bang heads together.

Perhaps it was ever so. My current reading material is Stevan Eldred-Grigg's ground-breaking history of New Zealand society in World War I, The Great Wrong War. I'll offer a review in due course, but for the moment I can only say it is uprooting all my lazy assumptions about life in this country just under a hundred years ago, and that the churches - and perhaps specifically the Anglican church - appear in less than flattering (dare one say Christian?) terms.

Finally a personal note: the last few weeks have been "the month from hell" with Winter maladies, and blogging has been very close to the bottom of the "must do" list. Hopefully the trajectory is now upward, and postings will be a bit more regular.
Posted by Gavin R at 12:48