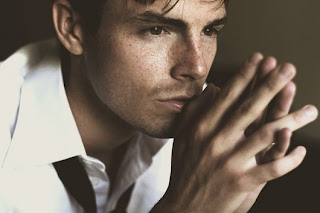 How do we deal honestly with the ancient scriptures in a world so very different from that which brought them forth?  How do you continue to be a Christian in the twenty-first century without castrating your intellect?

Putting aside the lame apologetics of individuals like John Piper, it isn't hard to find men and women struggling with these issues, often enduring merciless sniping from extremists of both biblicist and atheist persuasions.  Three books currently illustrate this centre-ground of integrity.

James McGrath's The Burial of Jesus is one, and while I've mentioned it briefly in an earlier post, I'd like to return to it later with a few more detailed observations.

A second is Christian Smith's The Bible Made Impossible, which is top of the stack in my 'books to read' pile.

But right now I'm working my way through Peter Enns The Evolution of Adam, which is sometimes breathtaking in its candor.  Enns tackles the elephant in the exegetical room: Paul's use of parallelism between Adam and Jesus to demonstrate the necessity for the Atonement.  If Adam is a fictive character, carved out of nothing more substantial than myth and imagination, does this shatter the whole rationale behind Jesus as saviour?

I'm not convinced by everything these authors say - and nor should you be.  But they certainly deserve to be heard rather than dismissed out of hand, as so often seems to happen, by the monochrome zealots at either end of the faith continuum.
Posted by Gavin R at 19:41