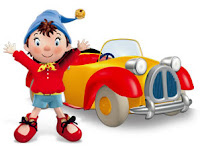 This morning, right early, I was wandering the main street in Pukekohe, killing time while the Noddy car was being serviced.  I was going to hunker down in the comfort of the library, but wouldn't you know it, it was closed for renovations.  En route for a coffee shop where I could sip slowly over the Saturday issue of the Herald I was offered tracts - not once but twice - by members of something called the 'Independent Baptist Church'.  You could tell these folk were a bit different by the freshly scrubbed 1960s look, short hair on the blokes, long dresses on the sheilas.  Well, you know me, never turn down a tract...

Back home, much the poorer in the wallet department and feeling a bit grumpy about Toyota, I decided to find out a bit more about these good folk.  It turns out that they're KJV-only believers; their website masthead declares: The Authorized Bible of 1611 by God / The Only Bible Authorized by the King of Kings.

And I wonder, given the fact that this is New Zealand in the 21st century, how these folk - who I'm sure are decent, sincere people - manage to live and raise their kids in an intellectual wasteland, a pocket universe walled up from the inside.  And how come, if they love the Bible, they're so deeply ignorant about it.

Then I read this: "We are Independent, Fundamental, Bible (KJB) believing Baptist missionaries in New Zealand.   We are sent by our home church, Old Paths Bible Baptist Church of Clarendon, NY and are aided in the work by Word for the World Baptist Ministries of Rossville, GA."

So I'm wondering no longer.