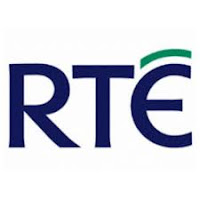 On Sunday I chanced across two church services broadcast by RTE, the Irish equivalent of the BBC (oh the wonders of Internet radio!)  In New Zealand the era of church broadcasts on public radio is but a distant memory, but Ireland apparently moves at its own pace.

First up was a 45 minute Roman Catholic mass.  It was obviously liturgical (though reasonably contemporary) with a brief sermon that stressed positive values.  Putting aside distinctives of dogma (references to the concept of sacrifice in the eucharist for example) it strongly reminded me of the Lutheran services of my youth.  Whatever else might or might not be said, it exuded a sense of worship, with dignity and an aesthetic balance that verged at times on beauty.

Immediately following was a second 45 minute service from a Presbyterian church.  Whereas the mass featured a gospel reading (surely an irreducible core to scripture reading), this service featured a psalm and a section of the story of Samson in Judges - nothing from the New Testament.  The whole thing began with a sultry poetic improvisation on the Samson and Delilah tale, and an awful lot of talking around the obvious was broken up with canned music - modern upbeat rehashes of traditional hymns. 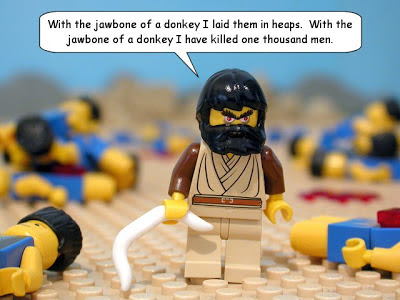 Could it get worse?  Absolutely.  Then cometh the sermon.  While the minister conceded that, on the surface, the Samson narrative is anything but an inspiration to the advancement of peace, justice and apple pie, it nonetheless serves to advance human goodness and progress.  How so?  Well, it was a negative example to ancient Israel.  When the tribal groups gathered around their respective campfires they were led to contemplate not Samson's macho strength and prowess, but his naughtiness in killing a thousand unfortunate Philistines with that jawbone of an ass and tormenting those poor foxes by setting their tails alight.  They doubtless huddled together in horror to hear how he pulled down the temple of Dagon in an act of suicide terrorism.  "My goodness me," quoth they, "we can certainly meditate meaningfully on this at our mid-week Book Club meeting."

Okay, so I'm taking some liberties with the sermon, but that was certainly the gist of it, as I heard it.  And it is all, naturally, complete rubbish.  Samson was a folk hero precisely because he disposed of so many of the enemy.  Around those long ago campfires it stretches credibility to imagine the people holding sober discussions ("what does this passage mean to you Abijah?") while they knitted scarves for Greenpeace and tut-tutted over the abuse of foxes and their God-given animal rights.  Nope, the Samson stories would have been retold with relish just as they appear at surface level.

This kind of revisionism is theological hocus pocus, even if it is the glory of preachers.  It amounts to rewriting the scriptures to suit our modern sensibilities.  Try as you might, no sow's ear will ever a silk purse make.  Fundamentally the attempt is both delusional and, let's not mince words, dishonest.

No doubt about it, for my money the Catholic mass was the superior option that day, winning hands down over the dubious yakkity yak and strained effort at wordy meaningfulness from the so-called Protestant corner.  Too much talk, too much low-quality rationalisation, too much creative but desperate avoidance of the bleedingly obvious.  This isn't so much theology as apologetics in upmarket drag.  Much safer to stick to a liturgy and keep the sermon down to 5 minutes.

Protestants are, of course, a diverse lot.  Most Anglicans and Lutherans would, I suspect, have felt more at home, at least on this one night on RTE, with the tone of the mass rather than the swinging of a Presbyterian jawbone.
Posted by Gavin R at 18:24