A UCG Xmas Testimony - with a difference

There are some Christian folk who don't observe Christmas. What's that like for a kid growing up in such a faith? 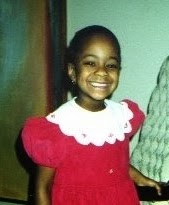 For many kids growing up in New York City, it's not uncommon to have a kid in your class who goes to church on Saturday and doesn’t celebrate Christmas. That kid is usually Jewish. Unless, of course, you were in my class, in which case that kid would actually be Christian -- and that child would be me.

I grew up with parents who were members of the Worldwide Church of God... which more resembles Judaism in its holy days and practices.

The foundation of the church’s doctrine rests on British Israelism, the idea that people of Western European descent are the direct ancestors of the ancient Israelites to whom God gave His law. Under this belief, the church concluded that the modern British Royal Family are direct descendants of King David. This theory has since been disproved with the help of genetics and common sense, but that didn’t stop [the WCG] from teaching it.

Worldwide broke up into smaller splinter groups back in the ‘90s after church officials decided on a series of doctrinal changes which were more in line with modern evangelical Christianity. My parents left Worldwide for one of these smaller groups, the United Church of God, who continued to teach what they believe to be the truth.