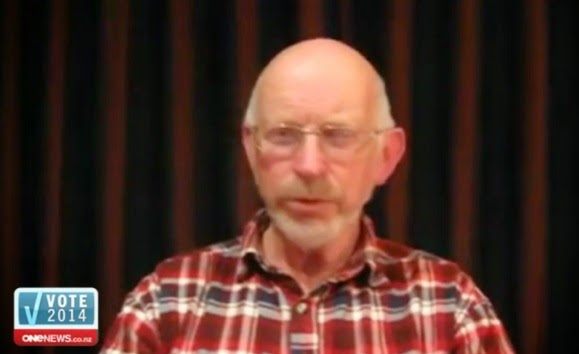 The last time I saw Jim Bennett it was, I think, sometime in the 1980s. Jim was an Ambassador College graduate who, although not ordained, had returned to New Zealand to work in the WCG office. The trouble was that Jim was the kind of bloke who thought for himself, and he knew stuff that most members weren't aware of. That wasn't exactly a positive career move and Jim, like some of the other Kiwi members who knew too much for their own good, looked around for a more ethical option.

Back in those days we were still a bit naïve, and the gut-wrenching revelations about what lay beneath the carefully crafted PR veneer were only just emerging. David Robinson's book was released about that time, Garner Ted was busy building his Church of God International, and Ernie Martin's booklets were circulating widely. Even more importantly in those pre-Internet days, John Trechak was mailing out his Ambassador Report. AR was the only real source of credible information on the WCG, and needless to say he was demonised for it.

Then the Receivership Crisis erupted, Stan Rader rose to the top of the muck pile, Wayne Cole was shoved on the Ambassador Auditorium stage by an enraged Roderick Meredith, and Herb Armstrong declared himself an unaccountable corporation sole.

Jim was the leading figure in establishing the CGI in New Zealand. After visiting the Tyler HQ however, he returned a wiser man, convinced that the old leopard (Ted) wasn't about to change its spots. The Kiwi CGI then morphed into an independent group seeking affiliation with the Denver based COG7. I say with some sheepishness that while Jim was chairman of that embryonic little Auckland congregation, I was the secretary.

But the wind blew and the dissidents scattered. Armed with a degree from Auckland University (his Ambassador degree wasn't considered worth the paper it was printed on) Jim moved down country to the Bay of Plenty to pursue a career teaching high school economics and geography. One couple returned to their Seventh Day Baptist roots, others went who knows where, and I picked up a teaching position in the Taranaki. The tiny Auckland church didn't last. In retrospect I'm tempted to add "thank God."

I saw Jim again tonight. He was the first video questioner on the leaders' election debate on TV1. Jim is one of the few people I know of who moved out of the WCG ghetto to become a political activist on the left (on the right they seem to be a dime a dozen). A founding member of the now defunct Alliance, and a Labour stalwart, he famously stood for parliament for the Alliance and then ended up marrying the Labour candidate. That was a long time back, but clearly he is still fighting the good fight after all these years.

And all power to him.