(This is the sixth part of a review of Hyam Maccoby's 1986 book Mythmaker: Paul and the Invention of Christianity.)

One of the key questions Maccoby poses is whether Jesus was crucified for his religious teachings (blasphemy) or as a political troublemaker and liability to the Roman administration and their Sadducee bedfellows. Chapter five briefly addresses this issue, and as usual Maccoby is taking no prisoners.


... the desperate attempts of the Gospels to show that Jesus was in some way a rebel against Jewish religion are utterly implausible...

So if Jesus was a Pharisee, what kind of Pharisee was he? Surely one with a progressive perspective? 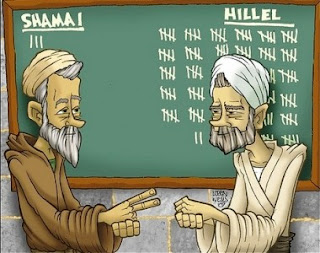 ... it does not even appear that Jesus did belong to the Hillelite, or more liberal wing of the Pharisees, for his strict view on divorce seems much more in accordance with the views of the House of Shammai... Jesus may well have belonged to the Hasidim, who, indeed, of all the Pharisees show the strongest similarity in type to Jesus...

In which case the trial accounts have been edited to cast blame at a safe distance from the Roman authorities.


The reason for Jesus' crucifixion, then, was simply that he was a rebel against Rome. He was not framed on a political charge by the Jews; rather it was the Jews who were framed by the Gospels, whose concern was to shift the blame for the crucifixion from the Romans (and their Jewish henchmen, the High Priest and his entourage) to the Jews and their religion.

It goes without saying that, for Maccoby, the Jesus of history was a very different character to the Jesus of the Gospel writers.
Posted by Gavin R at 15:48