The Apostle Paul hits a SNAG 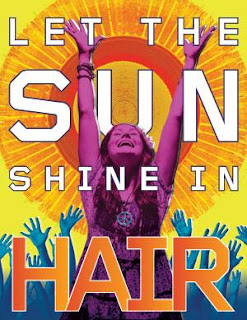 
I want you to know, however, that Christ is the head of every man, man is the head of woman, and God is the head of Christ.  Every man that prays, or speaks under inspiration, with his head veiled brings shame on his head.  Every woman that prays, or speaks under inspiration, with her head unveiled brings shame on her head.  It really amounts to the same thing as shaving her head.  If a woman does not veil herself, then she should shave her head.  But if it is a mark of infamy for a woman to shave her head or cut her hair short, she should wear a veil.  A man, indeed, has no duty to veil his head, because he is the image and glory of God, but woman is the glory of man.  Why?  Because man did not spring from woman, but woman from man.  The man, in fact, was created not for the woman's sake, but the woman for the man's sake.  This is why the women should have a symbol of authority on their head, out of respect for the angels.  (1 Cor. 11: 3-10)

There is just so much wrong with this passage, no wonder it's an embarrassment.  Something's gotta be fishy here, right?  Paul can't have meant what he seems to have said...  Just as well Alan G. Padgett is there to ride in to the rescue on behalf of evangelical Sensitive New Age Guys (SNAGs) everywhere.

On his blog Tim Henderson draws attention to Padgett's worthy strainings in a two-part review of an about-to-be-released book.  'Paul [according to Padgett] is not saying that it is wrong for men to cover their heads while praying or for women to pray with their heads uncovered, quite the opposite. “His ultimate purpose is to reject the custom he is describing”... '


Judge for yourselves: is it proper for a woman to pray unveiled to God?  Does not nature itself teach you that for a man to wear his hair long is an ignominy for him, and that for a woman to wear her hair long is a glory for her, because her hair was given to her as a covering?  But if anyone wants to pick flaws in my argument, neither we nor the congregations of God have any such custom.  (v. 13-16)

Tim Henderson lays out Padgett's logic, such as it is, himself commenting: "If Paul thought women could wear their hair/head coverings in whatever manner they wished, why did he insist that men “ought not” to have this same freedom but must pray with their heads uncovered? This is left unexplained."


Padgett concludes by highlighting the fact that his reading “is much more in keeping with everything we know about Paul, his theology, his common practice, and his ethical thinking” from elsewhere in his letters (124). I will leave it to readers to decide for themselves the merits of this claim.

Yes indeed.  The simple truth is most of us are willing to tactfully overlook Paul's misogyny.  He was, after all, a "warts and all" child of his own times, and nobody's idea of a SNAG.  Why would anyone feel the need to reconstruct his whole argument and turn it inside out.  How honest is it to give the opinionated apostle a trendily moderating makeover. 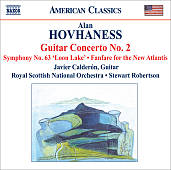 There's a strong case for scrapping the really offensive stuff in the context of readings in church services, which is why the lectionary in more traditional denominations wisely leaves out such chaff (the only section of 1 Cor. 11 to make the cut in the Revised Common Lectionary is v. 23-26 on the eucharist).  You've got to worry, though, when people go through all kinds of contortions to try and "clean up" the scriptures themselves, all the better - one suspects - to preserve the illusion that these are something other than the human, highly errant documents that they are.  Their function is to point beyond themselves.  Is it even faintly credible to imagine that Paul in 1 Cor. 11 is actually saying, in effect, "hey, whatever!"  Padgett is dreaming.


(The quotations from 1 Corinthians come from a newly acquired - but not 'new' - translation.  Any guesses?  You'll need to think beyond the obvious.  There's a CD recording of the Hovhaness: Guitar Concerto No. 2

for the first correct response.)
Posted by Gavin R at 16:15