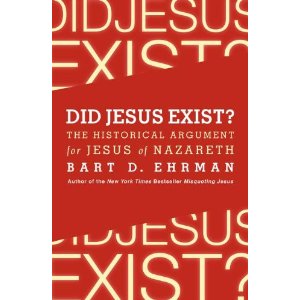 March promises to be an interesting month with the release of Bart Ehrman's defence of the historical Jesus, Did Jesus Exist? His position: "The Jesus you discover here may not be the Jesus you had hoped to meet—but he did exist, whether we like it or not."  Sounds like compulsory reading to me.

Getting in ahead of him has been Bob Price with The Christ-Myth Theory and Its Problems.  You might think from the title that this too is a book demonstrating how the mythic position doesn't hold up, but of course it takes the opposite tack.  Bob's position: "we must view the gospels and Acts as analogous with the Book of Mormon, an inspiring pastiche of stories derived creatively from previous scriptures by a means of literary extrapolation." 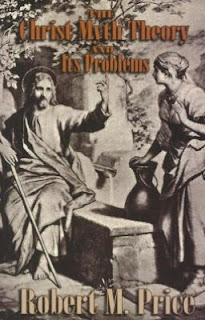 I already have Price's book to hand, courtesy of an instant Kindle download, while we're all going to have to wait till the 20th of the month for Did Jesus Exist?  In hardback format it runs to some 430 pages, though it'd shrink considerably if the in-full Bible passages were relegated to references.

One parallel Price draws, which came as news to me, was between the story of Paul's 'conversion' in Acts 9 and the tale of Heliodorus in the deuterocanonical book of 2 Maccabees, chapter 3.  You can read the chapter in full here.  The following is Price's summary.


In it one Benjaminite named Simon (3:5) tells Apollonius of Tarsus, governor of Coele-Syria and Phoenicia (3:5), that the Jerusalem Temple houses unimaginable wealth...  Once the king learns of this, he sends his agent Heliodorus to confiscate the loot.  The prospect of such a violation of the Temple causes universal wailing and praying among the Jews.  But Heliodorus is miraculously turned back when a shining warrior angel appears on horseback.  The stallion's hooves knock Heliodorus to the ground, where two more angels lash him with whips (25-26).  He is blinded and is unable to help himself, carried to safety on a stretcher.  Pious Jews pray for his recovery...  The angels reappear to Heliodorus, in answer to these prayers, and they announce [that he]... will live and must henceforth proclaim the majesty of the true God.

It doesn't require much imagination to see the connection; Benjaminite, Tarsus, knocked down by a vision, blindness, prayer, recovery, and reorientation.  Add to this that the New Testament story, as it stands in Acts, has remarkably little corroboration in Paul's own letters.  Coincidence?