Princess Diana and the Paris Crash 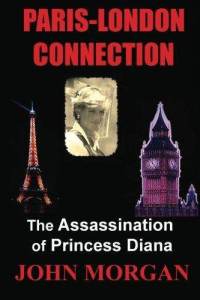 I'm not much into conspiracy theories, but you have to admire the dogged determination and relentless research that John Morgan has put in over the years into the anomalies that surround the death of Diana, Princess of Wales.  His new book, released in September this year, has been billed as "explosively factual" and "the result of six years of research."  The proof of those claims can be tested in the 160 pages of text.  The book, Paris-London Connection: The Assassination of Princess Diana, even carries an endorsement from Mohamed Al Fayed, father of Dodi who died alongside Diana.  Essentially it's a condensation of six earlier volumes that went into the circumstances in meticulous detail.  As the author states: "This is a short work, but don't be deceived!"

I'm sure I'm not the only one who can remember vividly the moment they first heard the news of Diana's death.  And as the title indicates, John Morgan is convinced that the "accident" was in fact an act of assassination.

I'd like to thank John for the unexpected arrival of a review copy in the post.  To be honest, it's a bit outside the normal (and rather boring) genre that I usually lumber myself with, so I'm looking forward to digging in.  I hope to offer some more substantial comments next month, when I have the leisure to do it justice.  Paperback copies are currently available on Amazon for under $12, while you can pick up the Kindle edition for a modest $5.
Posted by Gavin R at 19:07