The Plain Truth about the Easter Bunny

Why bunnies at Easter? 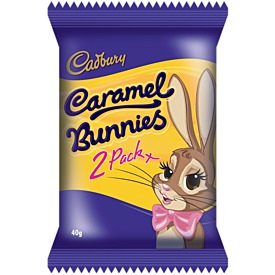 The conventional wisdom in certain fundamentalist sects, usually those steeped in a contempt for mainline denominations, is that it's all about pagan fertility rites. Rabbits are, after all, famously prolific.

I have to admit that such associations have never particularly weighed on my conscience as I've munched on an occasional milk chocolate bunny at this time of year. And now I'm feeling thoroughly vindicated. A story on the Australian SBS site reveals the origins of the tradition in a seasonal piece by Brian Cooke from the University of Canberra. Perhaps not surprisingly the most fertile part of the paganism link lies in the imaginations of those who pontificate on the subject.

It seems the monks of old weren't too keen on giving up meat during Lent. Popular belief at the time regarded rabbit meat as more akin to fish, and it was therefore an approved item on the Lenten diet. Hence the association with rabbits and Easter.

While there's little doubt Easter has certain pre-Christian antecedents, the bunny apparently isn't one of them. Okay, who'll be the first to tell Bob Thiel?

And now, if you'll forgive me, I have an assignation planned with a certain foil-wrapped confection...