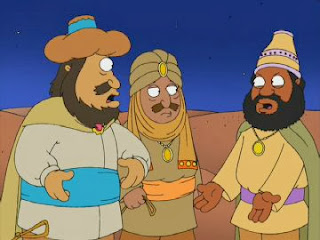 Magi appear in Matthew's birth narrative of Jesus (Mt. 2: 1-12), but they're not the only example of that caste in the New Testament: think Simon Magus. One magus, plural magi. "Kings of Orient"? Nope. The implication is that these guys, from "the East", were among other things astrologers.

Actually, everywhere else magi are mentioned in the NT they're not exactly flavour of the month. There's Simon of course (Acts 8), but also the Cypriot magus of Acts 13. There are hefty hints that these characters, rather than being "wise men", were practitioners of the dark arts. And in an early Christian document known as the Didache (early enough to be contemporary with some of the later NT writings) believers are exhorted: "do not practice magic, do not use enchanted potions..." (2:2)

Enchanted potions? Incense and myrrh were used, according to Greek magical papyri, as aids in incantations. No I'm not making this stuff up or cribbing from some pulp atheist text. One of the best sources to untangle the Christmas stories is none other than Roman Catholic scholar Raymond Brown (The Birth of the Messiah).

But maybe the Xmas Magi were the exception, repentant magicians, more like Harry Potter, Ron and Hermione than disciples of Voldemort, tearfully turning from their wicked Babylonian hocus pocus to worship the true saviour? A nice bit of revisionism, but that doesn't seem particularly likely given that the text itself indicates no such thing (but then again, when needs must the apologists can wax creative regardless of lack of any evidence.) 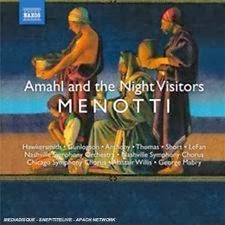 So, what are we to do with the magi? Were there even three of them? (Matthew says nothing about the number. In Eastern tradition there were supposed to have been twelve!) Who were they? (Again, no information, though later western tradition helpfully invented names for them: Balthasar, Melchior and Caspar; though Larry, Curly and Moe, would do just as well.)

And what are these dubious foreigners doing in the Nativity narrative anyway? Perhaps just adding a bit of exotic imaginative colour to Matthew's tale in those few years before humourless, wooden-minded theological types could purge out the material that didn't measure up to their thin-lipped standard of earnestness. And, truth to tell, I'm kind of glad the magical magi squeaked through to make the final cut, or we wouldn't have Menotti's marvellous one-act opera Amahl and the Night Visitors. Menotti, of course, took liberties with the Matthean text. But then it seems Matthew was no stranger to embellishment either.