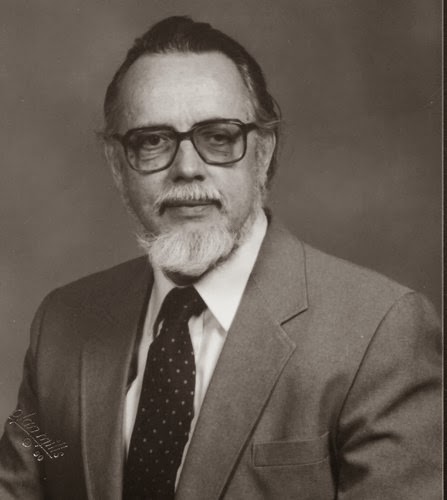 John Howard Yoder was a powerful writer and thinker, specifically in his advocacy for Christian pacificism. There wouldn't be too many people who've "done" theology in the past few decades who hadn't read something by Yoder, even if it was just a reading in a course book.

I've still got Yoder sitting on my bookshelf. The man was articulate and widely respected. He took the Mennonite perspective on peace and gave it enhanced credibility in the wider Christian community. For what it's worth, I believe personally that the Mennonites basically have it right: the mainline "Just War" position is discredited beyond possible redemption.

Now the word is out that this peace-loving man and much quoted 'ethicist' was a serial sex abuser, accused of violent behaviour against female students. His church did a lot less than it should have to address the problem. Yoder died in 1997, with barely a tarnish on his reputation.

And thus the question, posed in the New York Times: Can a bad person be a good theologian.

I remember a certain high profile leader in the church I belonged to in my salad days being accused of preying on young, female college students. The official response for the pew potatoes (i.e. people like me) was to condemn gossip. Indeed, you could end up in the Lake of Fire on those grounds alone, and James 3: 1-12 was much cited. Even the gentleman concerned - who was, as it turned out, as guilty as sin - penned articles condemning gossip in the wake of the resulting publicity.

How interesting that the same strategy cropped up over the Yoder affair.


“I don't listen to gossip” was for years a repeated litany in response to the growing evidence against Yoder—and no doubt against other abusive churchmen. The dismissal had a sneaky gendered component as well given the way the word “gossip” is feminized.

Then follows this extraordinary comment which, as a mere bloke, had never occurred to me before.


“Gossip” was how women protected themselves from Yoder when their institutions failed them.

The whole sad story is detailed in a post by Stephanie Krehbiel at Religion Dispatches.

It's not that any of us should expect religious leaders and theologians to be perfect human beings. But surely they must be at least well intended and, more importantly, accountable.

So was Yoder "a good theologian"? I do know that good people can be terrible theologians, but I'm not at all sure the sentiment is reversible.
Posted by Gavin R at 19:09