Turin Shroud Under a Cloud 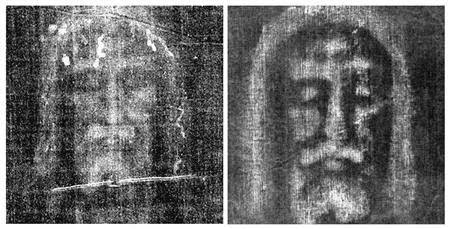 You'd have to be a couple of communion wafers short of a requiem mass to think the famous shroud of Turin was anything other than a fake, but plenty of folk with a desperate need to believe unlikely things do in fact assert it's legitimacy. Of course it helps to be Catholic. Not too many Baptists or Mormons seem overly convinced.

Now there's a claim from Charles Freeman, reported in The Guardian, that the shroud originated as a stage prop for medieval Easter pageants.