Trotter on the Noah movie 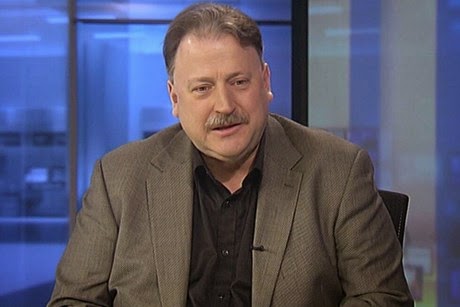 Did you see the movie Noah? I for one found it a let down. I mean, oh brother, get a load of those bizarro 'watchers'! And I'm still confused about the exact nature of Ham's unforgivable indiscretion after the ark grounded on Ararat. As for the acting, well, Russell Crowe has been more convincing.

But I didn't expect a leading political commentator to take aim at the not-so Epic. Chris Trotter is a chap of considerable insight who usually concerns himself with what is happening on the left of New Zealand politics. But this week he's moved his beady focus to Noah instead. I was prepared to be let down. Political pundits of whatever stripe should, as a rule of thumb, steer well clear of religious posturing. Invariably they end up saying really dumb things.

But, hallelujah, Trotter indeed proves to know something about his subject. His focus is on why the Bible-belt Right failed to endorse the movie.


As it is, the screenplay of Noah is neither fish nor fowl. It’s certainly not a biblical epic in the tradition of The Ten Commandments or The Greatest Story Ever Told, but neither is it a work of science fiction like Stargate. Instead, Noah is that rarest of things in this irreligious age, a heretical work.

Sensing that the biblical version of the Great Flood is but a fragment of a much older and more finely textured myth, Aronofsky and Handel have attempted to construct from its ill-fitting remnants a story about human power, human guilt, and human redemption. That they failed, producing a film so filled with gross failures of logic, motivation, and theology that not even the participation of Russell Crowe, Emma Watson and Sir Anthony Hopkins could save it, is not to be wondered at. Myths are the work of many literary hands, constructed over centuries. It’s takes a scholar of J.R.R. Tolkien’s stature to make a believable myth from the contents of a single mind.

I vote it the best review of Noah I've seen yet! You can read it in full over at The Daily Blog.
Posted by Gavin R at 10:35