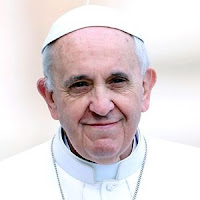 It's something Otagosh (and before that The Missing Dimension and Ambassador Watch) has been consistently advocating since day 1.

Accountability for church leaders - and in particular the one man "gummint of god" model used in the post-Armstrong Churches of God.

As recently as January this issue was reprised in a post called Groundhog Day in Grace Communion International.

Who would have thought that a Bishop of Rome would have clued in before the various Pastors General, Presiding Evangelists, and other impressively self-titled sole-leaders in the scrapping COGs.


"The Roman Catholic Church should not have "leaders for life" in its ranks, otherwise it would risk being like a country under dictatorship, Pope Francis said on Friday."

"'There should be a time limit to positions (in the Church), which in reality are positions of service," he said in an address that was in part prepared and in part extemporaneous.'

'"It is convenient that all (positions) in the Church should have a time limit. There are no leaders for life in the Church. This occurs in some countries where a dictatorship exists."'
(Reuters)

And there was more.


'The Pope has issued a strong warning against those tempted by personal charisma to be authoritarian leaders in the Church, describing such leaders as "servants of the devil" ... He warned against the temptation for leaders to believe themselves essential to all tasks and described such leaders as "peacocks"... Such people would be drawn by this temptation into considering themselves irreplaceable, and would draw power and domination over others to themselves.'

"He compared such abuse of leadership in the church to dictatorships.

"He asked the crowd present: "Who is the only irreplaceable in the Church?" They responded en mass: "The Holy Spirit!" He repeated the chant: "And who is the one Lord?" They replied: "Jesus!"'

Would you hear that from Rod Meredith?

Meredith is just such a "peacock" (albeit an arthritic one), and so is Joe Tkach who has promised much but delivered next to nothing in meaningful systemic reform (check out the post linked above if you're in any doubt). That's without mentioning the countless wannabes who reign in pocket-handkerchief-sized splinters.

It also applies to countless fundamentalist, Pentecostal and evangelical sects that are seen as "mainstream", from Hillsong's Brian Houston to Franklin Graham.

After statements like these it's hard to imagine that Catholicism can easily return to the old ways. Francis seems to have shut that door and turned the key in the lock.

Those involved in fellowships like GCI and LCG can hardly applaud - even if they're not distracted by the inane prophetic sideshows that portray Catholicism as evil - while they allow their own papal pretenders to rule unchecked over them.


(Thanks to Reg K. for drawing attention to these statements.)
Posted by Gavin R at 11:09