Twittering and the Time Rich 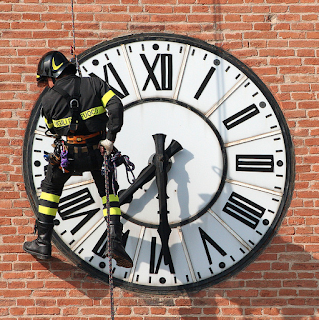 Brendan O'Neill, writing in The Australian, lets rip with a somewhat loopy libertarian rant against those who would, as he sees it, curtail freedom of speech on Twitter. Frankly, I don't think he has much of a case to make. But toward the end of his broadside he did say something which is worth repeating.


The Twittermob phenomenon reveals what kind of people dominate the Twitterati. To be a super-frequent tweeter, you must be time-rich and hands-free. That excludes bus drivers, coalminers, nurses … normal people too busy to tweet every three minutes. The most active bits of Twitter are the domain of the cultural and media elites, celebs, think-tankers, people with oodles of time.

Which is, despite the petty polemic, pretty much undeniable. You've got to wonder, though, if this bloke owns a mirror. Then again, he apparently delights in being, as The Guardian sagely observes, an "obnoxious intellectual wind-up merchant."

But, let's be honest, he does have a point. Twitter is an ideal vehicle for the time rich. Not that I'm anti-Twitter. In recent weeks, having become becoming a tad more (ahem) "time rich" - Glory Be! - I've finally got around to entering the 'twitterverse' myself. Not, I hasten to add, "every three minutes", and in all modesty it'd be an epic stretch of narcissistic self-delusion to consider myself part of any cultural and media elites, celebs, or think-tankers.

And yes, it was through a Twitter link that I discovered O'Neil's wee diatribe (thanks Ed).