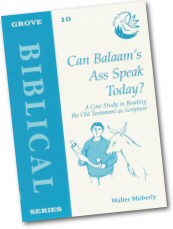 Can't you just hear the sainted worthies of times past rolling over in their graves?

I suppose it could have been bouncing around for a while, but I confess to have only caught up with the fact.

Maybe someone could design a nice logo... one of those cute renditions of Noah's Ark? Or even better, Balaam's Ass?

Does animal theology include cockroaches and intestinal worms?  There is the delightful story of 'Saint' Simeon Stylites the pillar-squatter who, having maggots feeding on his open sores, noticed one of the little fellows fall from his body. Gently the holy man picked it up, so the story goes, and replaced it with the words, "eat what God has given thee."

All very edifying - if you're a maggot. But how come no one is thinking about plant theology?  Or are they?

The University of Winchester is to recognise Professor Linzey with an honorary Doctor of Divinity degree in recognition of his work in animal theology in a graduation ceremony on 9 November.

“Animal ethics is now an emerging discipline with scores of university courses world-wide, and this is a tremendous boost to those working in this field.” 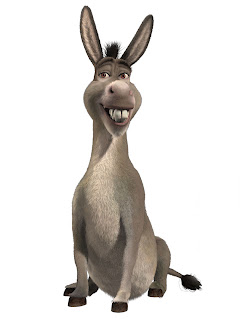 “Animal ethics explores the challenges that new thinking poses, both conceptually and practically, to traditional understandings of human-animal relations.”

Professor Elizabeth Stuart, Senior Pro-Vice-Chancellor commented: “At Winchester we value and celebrate those who champion the voiceless and challenge the dominant paradigms. We shall honour one of the animals’ most thoughtful and passionate champions, someone who I believe will be remembered as one of the most pioneering and influential theologians of his day.”

“Winchester has one of the most progressive departments of theology in the country, and I am delighted to be associated with it,” said Professor Linzey.

Okay, so I get the animal ethics thing.  Yes, it's important.  But "animal theology"?  How does that work?  Isn't the very term itself an oxymoron? What the heck have legitimate issues of animal rights and ethics got to do with some meddling theologian muddying the waters?  Yeah, I know, I sound like one of those reactionary old cusses on Grumpy Old Men, but, well, isn't this due cause?

"Winchester has one of the most progressive departments of theology" in Britain?  I wouldn't want to argue with that.  But maybe also one of the most irrelevant... Is 'animal theology' publicly funded? Will Prof. Linzey's next book be titled, Of Maggots, Mice and Men?

Then again, maybe this is horribly misrespresenting 'animal theology'.  Is there anyone who can provide some enlightenment on this 'progressive' branch of theology?
Posted by Gavin R at 16:40