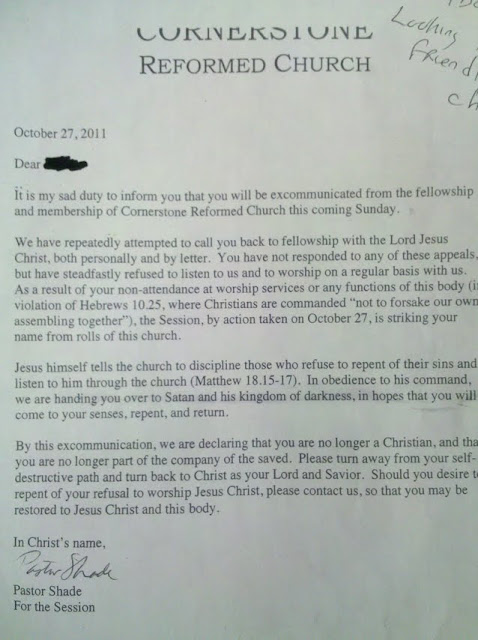 This thing is going viral at the moment. The hilarious thing is that Pastor Shade (first name 'Burke') is himself a defrocked Presbyterian minister - who then jumped ship from one schismastic body to another. In fact, among those of the Reformed persuasion there seem to be as many schisms as you'll find almost anywhere - acronyms included!

Now, for those of you who are more familiar with the term 'disfellowship' than 'excommunicate', and have a similar letter tucked away somewhere (or perhaps framed!)... don't you feel so much more 'mainline' knowing that Presbyterian clergy, using almost identical language, can equal the jerk factor along with the very best that the fringe can offer?