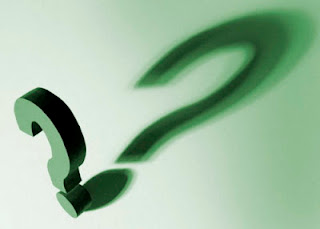 We live in an age where intellectual curiosity is valued.  In underlies every aspect of human progress.  We want our kids to be able to think, and think critically.  If someone makes a sweeping claim about a new product, for example, we expect that person, company or ad agency to be able to back up those claims.  If they can't, then there's the option of an appeal to legislation that protects consumers from snake-oil salesmen.

Where is the virtue of curiosity and the thirst for evidence-based knowledge demonstrated in the Bible?

The Bible is largely the product of a time when, in the absence of the scientific method, knowledge was based on proper authority, not evidence.  Society was held together by everbody knowing "their place."  Troublemakers asked questions.

So, for a moment at least, put yourself in the place of a pastor in a progressive church, or maybe an intelligent and informed layperson taking an adult Sunday School class.  Their mission this week is to encourage the congregation or group to ask questions, to explore the ambiguities that lie on the growing edges of human knowledge - including Christian knowledge, to get people to move beyond the torpor of taking things at face value, and actually dig a little deeper.

What biblical passages would you suggest?  Are there any?

I once heard it suggested that Adam and Eve performed the very first scientific experiment - and look where it got them...


So when the woman saw that the tree was good for food, and that it was a delight to the eyes, and that the tree was to be desired to make one wise, she took of its fruit and ate; and she also gave some to her husband, who was with her, and he ate. (Gen.3:6)

Curiosity - here at least - is a very dangerous thing.

There are passages that encourage humans to seek wisdom, but wisdom is pretty-much hedged about and legitimated with the demands of tradition and authority, not enquiry.  You just need to follow the aphorisms - the good advice - and all will be well.

So, where are the positive biblical exemplars?  It's not a rhetorical question; I'd be really interested to know if anyone could come up with a lectionary reading that would support an intellectually curious approach to life.