How to Spell in Strine 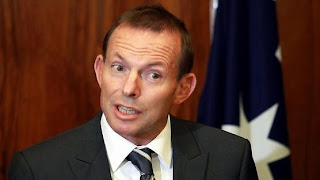 Unless, of course, there's political capital in a spot of teacher-bashing to stir up the hoi polloi in an election year. Bring back the 'three R's!'

But then, there's this story out of Oz.

No, not Frank Baum's Oz: Australia.

"PM comes out fighting over linguistic carnage." Dear lord, what can it all mean?

It's all over how the Ockers should spell programme. Not as in computer program, where we all agree to drop the -me, but as in "get with the programme".

The Macquarie Complete Australian Dictionary, published earlier this year, doesn't even have a separate entry for programme, providing only program. Not as complete as they thought! There is this smug little note at the end though.


Usage: until recently, programme was widely considered the British spelling, and program the American. There are those who like to retain the former spelling, particularly in relation to a list of musical items at a concert, but many people have adopted the spelling program in all cases.

Apparently they haven't convinced Tony Abbott, and another great reason to use the Oxford.

I knew there had to be some valid reason he was elected over Kevin Rudd.