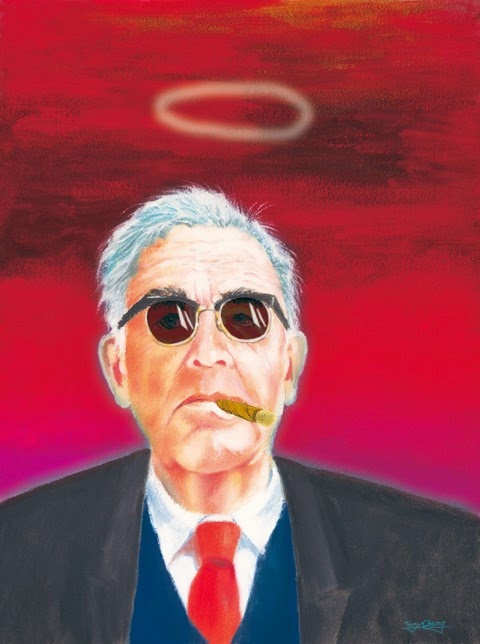 For a long time now I've been intending to do a series on Karl Barth. Barth (pronounced Bart) is hailed by some as the greatest theologian of the twentieth century. Today his views still have currency and influence among many Protestant churches, and even reach into strange and wondrous backwaters such as Grace Communion International (the former Worldwide Church of God).


A lot of Christians have a superficial image of theologians locked in: be-speckled, study-bound, pedantic, withdrawn from the real world. As misplaced as that might be, Barth nonetheless embodies the stereotype. He is famous for his resistance to Hitler, but perhaps not deservedly so. I would even go so far as to suggest that no single individual has so negatively impacted on the viability of Christianity in the years since World War II as this one man.

What appears here will not (could not) even scratch the surface of Barth's thought. His published works - excluding articles and miscellaneous papers - passes six million words in length. Barth was also a complex - very complex - thinker and writer. I intend to avoid that sort of entanglement and attempt instead to cut the Gordian Knot without getting caught up in the futility of trying to unpick it. If that sounds a tad arrogant one can only take comfort in the reputation the man had himself for arrogance.

It's quite an assignment for a pipsqueak blogger, but I've loaded my super-soaker anyway.

Not to say that Karl Barth didn't have, like everybody else, redeeming features, both in his theology and his personal life. My contention is simply that the man has been horribly over-rated, and that he and his followers have led the church down a dead-end. You're free to agree or disagree, though I suspect most readers will simply be wondering: "Who was this Barth dude?"