What do The Simpsons and the ESV Bible have in common?

Smart Christians, including lots of well educated evangelicals, know that Moses couldn't have written the Five Books of Moses. The publishers of the ESV Bible know that too. But there's a problem. They want their translation to have credibility, but they sell to the conservative end of the market. No problem you say, they just need to keep quiet and offer no opinion.

Great advice, unless you want to expand into the Study Bible market in a big way, and the ESV PR machine is currently revved up to promote its new Global Study Bible as number one choice in the English speaking world. The issue then can't really be ignored, they have to say something. They could tell the honest truth but, oh dear, think of all those readers who'd be offended, especially as this translation has a reputation as evangelical-friendly.

Can't you just feel their pain.

And so the time-honoured strategy of prevarication is trotted out. Say something suitably ambiguous.


Traditionally, Moses is considered to have been the author of Genesis and the rest of the Pentateuch (see Num. 33:2; Deut. 31:24; John 5:46). Of course, Moses lived much later than the events of Genesis. Presumably, stories were passed down about those earlier events, and Moses brought them all together. (Emphasis added) 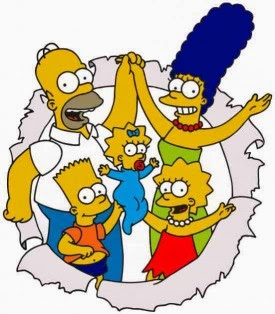 Traditionally, presumably. Weasel words. If you're a literalist you can read right past them with your ignorance intact; if you're familiar with the textual and historical issues you spot them immediately.

It's a bit like a family watching an episode of The Simpsons together. Adults and kids both laugh - but for different reasons. What amuses the old folks goes right over the heads of the youngsters. It's a winning formula for entertainment, but perhaps not exactly ethical in the Bible business.

Which perhaps says a good deal about the contempt which the editors hold their readership in methinks.
Posted by Gavin R at 23:29